A strong claimant to the title of Busiest Author Alive, Dan Abnett has announced he will be writing this year's big Doctor Who hardcover novel, following on from last year's effort by Michael Moorcock. 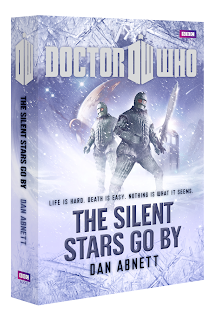 The book is entitled The Silent Stars Go By and will pit the Eleventh Doctor, Rory and Amy against the Ice Warriors (who are way overdue an appearance on the new show), my favourite antagonists (who are sometimes good guys) from the original series. It will be published by BBC Books on 29 September.
Posted by Adam Whitehead at 10:32

Just wanted to let you know I published the translation of your article:
http://bialyatrament.blogspot.com/2011/07/malazanska-ksiega-polegych-i-gry.html
http://ksiazki.polter.pl/Gry-fabularne-Malazanska-Ksiega-Poleglych-i-ograne-chwyty-c23249

Thanks again for the permission!~
Cheers,
Martin Welnicki