The City and The City by China Mieville

Note: there is an informal 'embargo', at the author's request, on reviews giving away the central 'twist' to this novel before it is released. This makes it one of the toughest reviews I've had to write. I will revisit the novel in this thread once it is released to explore these issues in more depth. 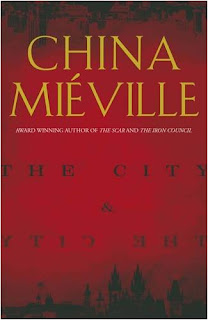 On the eastern edge of Europe lies the city of Beszel. A young American archaeology student is murdered and Inspector Tyador Borlu of the Extreme Crimes Squad is called in to investigate. At first the case appears to have been a cross-border violation between Beszel and its close neighbour of Ul Qoma, with whom it shares frosty relations, necessitating the calling in of the far better-equipped 'Breach' department to deal with the matter. When it is revealed that the border crossing was handled legally, Borlu finds himself seconded to Ul Qoma to aid their end of the investigation, working alongside Senior Detective Qussim Dhatt. Their investigation soon turns deadly and Borlu has to consider dangerous acts if he is to bring the murderer to justice. 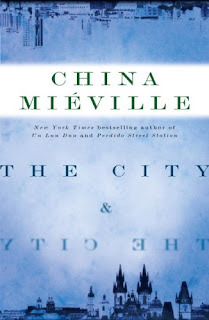 China Mieville's latest novel has been heralded by advance publicity as his best, but that's a bit of a stretch. Mieville has explored the urban environment in many interesting and refreshing ways, but given he's covered the same ground now in five previous novels and many more short stories, it could be said that this is yet another visit to a well that is starting to run dry. There is a totally brilliant but completely impractical conceit at the heart of The City and The City which makes reading it an oddly tricky task: the story is gripping, the characters convincing and interesting, but buying the backdrop is hard work. Unlike Mieville's Bas-Lag novels or most of Un Lun Dun, this book is set firmly in the real world with the addition of these two cities at the eastern edge of Europe, and neither the world nor humanity at large operate in the way that Mieville needs them to for the conceit to work. If this was Bas-Lag or another fantasy world, then fair enough, but it's a world with iPods and Google and Chuck Palahniuck novels instead. Revelations at the end of the book show that Mieville is aware of the problem, but paradoxically those same revelations also make the conceit even harder to swallow. The irony is that Mieville, for all his New Weird credentials eschewing traditional genre conventions, is nevertheless normally remarkably thorough and cohesive in constructing his novels and his 'weirdness' makes sense, if often in a very oblique or surreal fashion. Here things don't quite add up in the same way. 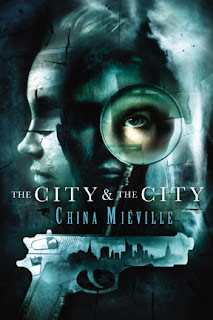 If you can push that to one side and accept the book as is, it's another great novel for Mieville. It's a very solid murder mystery, intelligently written with a solid resolution. The central characters, not just Borlu but the people around him and the people he is investigating, are all well-drawn with convincing motivations and rationales. It's imaginative, but also a little grim. That occasional sense of playful humour that even Perdido Street Station possessed is absent, and whilst the central idea is great elsewhere Mieville's imagination is kept firmly in check.

The City and The City (****) is an impressive novel built around a concept which is not handled as well as it could have been if it was in Bas-Lag or another secondary world. But the prose is peerless, the characters are well-defined and the mystery intriguing, and it'll probably still be one of the highlights of the year come the end-of-year discussions. The novel is published on 15 May in the UK by Macmillan and on 26 May in the USA by Del Rey. Del Rey have a video of the author discussing the book here.
Posted by Adam Whitehead at 16:08

Email ThisBlogThis!Share to TwitterShare to FacebookShare to Pinterest
Labels: china mieville, the city and the city

Good review under the named conditions.
The book is on my list. Anyway I'm interested in what you will write after the release of the book.

Received the hardback of this other day and will probably read it next.

I already know what the central premise is, so I wonder whether that will spoil my enjoyment of the novel...