Orion have released their latest catalogue of upcoming releases for both their books and their SF&F imprint, Gollancz. Lots of great books and great cover art in there. The cover for the new paperback edition of The Man in the High Castle is also brilliant (it must have been done before, surely?): 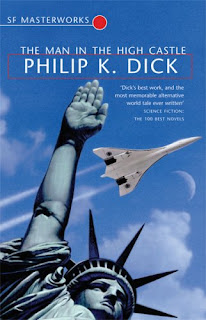 There's also the cover to Fire, Kristin Cashore's quasi-prequel to her debut novel, Graceling, which is also pretty smart. 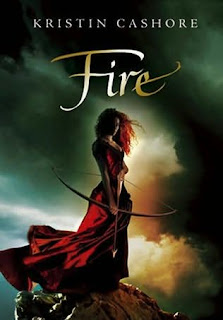 I suspect the talking point will be that Scott Lynch's The Republic of Thieves is listed for November 2009. I guess we'll soon see if that is confirmed or not. However, The Wise Man's Fear is nowhere to be seen, although Rothfuss has indicated he's nearly done on a draft to hand in to his publisher. Assuming no major problems, early 2010 would appear to be doable for that book. Another mouthwatering prospect from the catalogue is a one-volume edition of Jack Vance's superb Lyonesse Trilogy.

All-in-all, it's looking like a good few months for Gollancz.
Posted by Adam Whitehead at 23:12

Oh, Vance's Lyonesse trilogy is mouthwatering indeed. I can only get the first book here (and I didn't buy it yet because I want the whole thing).