J.G. Ballard has passed away

The science fiction and literary author J.G. Ballard passed away this morning at the age of 78 after a long struggle with prostate cancer.

James Graham Ballard was born in 1930 in the International Settlement in Shanghai, where his father worked, initially as a chemist for the Calico Printers Association and later as chairman of its Chinese subsidiary. Ballard and his parents were interned by the Japanese after they captured Shanghai during WWII, and he spent the rest of the war in a prison camp. 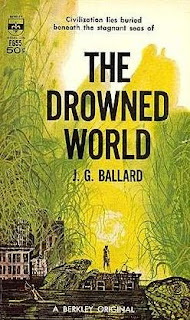 After the war, Ballard studied in England and attended King's College, Cambridge, planning to become a psychiatrist. He became fascinating with writing and in 1952 switched to an English course, but did not finish it. He had several jobs, including a two-year stint with the RAF, and his first SF short story was published in New Worlds in 1956. Ballard had an interesting relationship with SF, seemingly loving the possibilities offered by the genre but apparently not impressed by the way the genre was developing at the time, as his tastes ran more to the avant-garde and literary end of the spectrum.

Ballard's first full-length novel, The Wind from Nowhere, was published in 1961 and depicted a world where civilisation has been destroyed by super-hurricanes. He became a full-time writer and quickly followed the first book up with The Drowned World, in which the melting icecaps have left the cities of Europe and North America submerged in tropical lagoons. This was followed by its thematic sequels, The Burning World and The Crystal World, where the world is destroyed by drought and a form of crystallisation, respectively. In each case, the overt disaster story aspects of the book are downplayed in favour of the characters and other elements that Ballard is keen to explore (most notably the impact of such events on the human psyche).

Ballard's wife died from pneumonia in 1964, and Ballard began to write books that were less overtly science fiction and moved more towards contemporary and literary fiction, although often containing surreal moments or disturbing imagery. He spent the next few years writing a series of hard-hitting short stories which were then combined to from an extremely controversial novel, The Atrocity Exhibition (1970), which equated the death of JFK with a sexual event and seemed to glorify horrific events. Among the more notable sections was the story 'Crash!', which examined humanity's fetishisation of the motor car. This inspired him to write a novel version, Crash, which was published to even more controversy in 1973 and was made into a movie by David Cronenberg in 1996. The Atrocity Exhibition was briefly banned in the USA and the movie version of Crash raised questions in the British Parliament on what is 'acceptable' to depict in cinema. 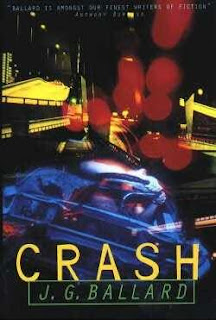 Crash raised Ballard's profile and he followed it with a string of successful novels, such as Concrete Island, which is a retelling of the traditional castaway story except the island is in the middle of vast traffic intersection from where it is impossible to escape; and High Rise, set in a vast city-in-a-building concept where the people never need to leave, but where this leads to social breakdown.

Ballard's breakthrough into mainstream success came with 1984's semi-autobiographical Empire of the Sun, which was made into a movie by Stephen Spielberg in 1987 (starring a young Christian Bale as Ballard's proxy character). A (much more overtly fictional) sequel, The Kindness of Women, followed in 1991. Later novels included the well-received Cocaine Nights in 1996 and Super-Cannes in 2000. 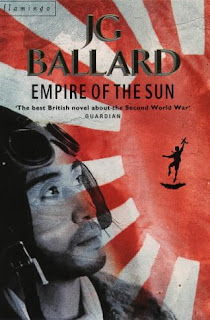 Perhaps fittingly, Ballard's final published work was Miracles of Life, his 'proper' autobiography, which was released in 2008 and detailed his life and also reflected on the changes he made to it in the stories of Empire of the Sun and The Kindness of Women. Whilst being treated for prostate cancer, Ballard conducted a series of interviews and discussions with his doctor about life, which he turned into a manuscript entitled Conversations with My Physician: The Meaning, if Any, of Life.

Ballard's work was introspective and contemplative, with themes such as war, destruction and sexuality often being examined in uncomfortable and unsettling ways meant to provoke the reader. Like many other writers of the 1960s, his unhappiness with the ray guns and shiny spaceships school of SF led to writing stories that were more bizarre and less rigid in form, effectively bringing about the New Wave movement, of which Ballard, like his friend Brian Aldiss, was a leading contributor. His later books, although still invoking SF concepts where necessary, see a notable shift more towards contemporary and literary fiction. Ballard was one of the most provocative and fascinating authors of his generation and the literary world will be a poorer place without him.
Posted by Adam Whitehead at 21:30

Very informative write-up, well done. All I'm missing is a picture of the guy.

Cracking summary there. Sad day, but from this I hope more will pick up some of his work. I confess a soft-spot to the Atrocity Exhibition - such a wonderful stylist, and a brave writer. Ironically iconic, perhaps, given that the concept of icon was explored in his works.

A wonderful summary. Ballard was a great short story writer, my own view being that his genius was better expressed in the shorter form than in novels. Of of his most effective and affecting stories is one of the least "Ballardian" - "The Lost Leonardo." Truly a brilliant imagination and a sad loss.