Dave Arneson has passed away

Last year we lost Gary Gygax, co-creator of Dungeons and Dragons. Sadly, his colleague and co-creator Dave Arneson has also passed away at the too-young age of 61. 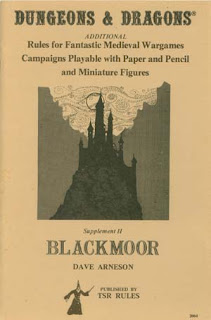 Dave Arneson was born in 1947 and took up military wargaming in the early 1960s. During his wargames he took to 'acting out' certain confrontations and scenes, and enjoyed games which deviated from the historical record. By the late 1960s he was working on miniatures games with non-combat objectives and which focused on the players interacting with one another and even working cooperatively. He met Gary Gygax in 1969 at a gaming convention and the two developed a friendship based on their mutual interest in wargames, particularly of the naval variety (they coauthored a naval wargame, Don't Give Up the Ship!, which was published in 1972).

In 1970 Arneson created a game utilising a mash-up of his wargame rules with Gary Gygax's in-development Chainmail system. This game focused on dungeon crawls, combat and experience, and utilised rules for hit points and armour class. The game was named after its setting, Blackmoor, and campaigns in this setting were run for the remainder of Arneson's life. Arneson demonstrated the game to Gygax in late 1971 and they collaborated on expanding the game into a full rules system. With financing from a colleague, Brian Blume, this rules system developed into Dungeons and Dragons, the first version of which was published in 1974. Blackmoor became the first campaign supplement for the setting and was published in 1975. The company they founded became known as TSR and Arneson and Gygax collaborated for the next few years. Unfortunately, Arneson was unhappy that he was not credited for his work on the original D&D when the 1st Edition of the Advanced Dungeons and Dragons game appeared in 1979 and filed a lawsuit against TSR and Gygax to ensure he was properly credited on all later iterations of the game. He later returned to TSR in the mid-1980s but left during the buy-out that also say Gygax leave the company permanently. During this time Blackmoor had become an integral part of the Mystara world setting, but Arneson retained control of it. 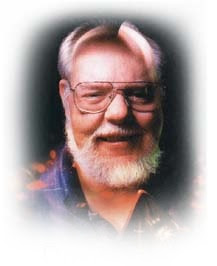 Arneson moved into computing and teaching. In the early 2000s, with the advent of the Open Gaming Licence, he published a fresh series of Blackmoor gaming materials based on the 3rd Edition of D&D, and continued to attend roleplaying conventions and events. He passed away last night after an illness, and had previously suffered a stroke in 2002.

This is a sad day for roleplaying. Arneson was a quiet guy whose role in creating D&D has sometimes been overlooked in favour of the far more outspoken and larger-than-life Gygax, but his contribution to the game was absolutely critical, and he remains credited for the game on the latest, 4th edition of the game. Roleplaying designer Monte Cook has a few brief words to say about him here. Certainly the world of roleplaying is a poorer place today.
Posted by Adam Whitehead at 22:35