Via his email letter, Brandon Sanderson has provided an update on his progress on Words of Radiance, the second volume in The Stormlight Archive (and the sequel to 2010's Way of Kings). 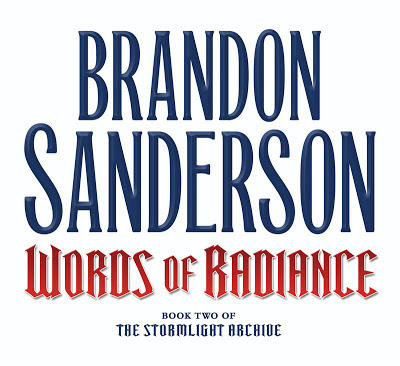 According to Sanderson, he has 260,000 words completed out of a targeted 300,000 (making Words of Radiance almost 25% shorter than Way of Kings), but has run into some issues keeping the book more cohesive and structured and needs to do some rewriting based on that. He hopes to finish the book in August so he can still hit the planned release date of November 2013, but acknowledges that there is a chance the book could slip to early 2014 instead.
Posted by Adam Whitehead at 11:20