Neil Gaiman to publish a new NEVERWHERE story (with some help from George R.R. Martin)

Way back in 1996, Neil Gaiman penned the BBC mini-series Neverwhere, adapting it into a novel a year later. Almost immediately after the story first appeared, fans noted a continuity error where the character of the Marquis de Carabas recovered his coat after it had apparently vanished forever. Gaiman promised to explain all in a short story, enigmatically entitled 'How the Marquis Got His Coat Back', but got a bit side-tracked with other projects. 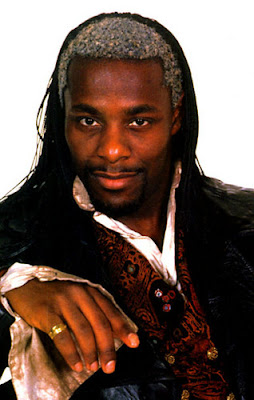 The Marquis de Carabas as portrayed by Patterson Joseph in the original BBC TV series of Neverwhere.

It's been a while coming, but the story will finally appear in a new anthology entitled Rogues, edited by George R.R. Martin and Gardner Dozois. Rogues - the thematic sequel anthology to 2010's Warriors - will likely be published some time in 2014.

Is this Rothfuss story part of the Kingkiller universe?