During the launch announcement of Microsoft's new console, the controversially-named X-Box One, it was casually dropped in that Steven Spielberg will be making a live-action TV series based on the Halo videogame series. 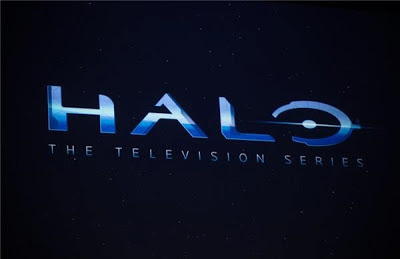 Almost no other information was revealed, except that the series will be a premium-content show developed as an original series for the X-Box One's TV portal (i.e. there won't necessarily be a traditional or cable network involved), which may also be accessible from the X-Box 360's Gold Live service. Further information - if there's going to be a pilot or a 13-part series or possible airing dates or casting information, or even when it'll be set and what characters will be involved - has not been revealed, though I expect more to be revealed in the next few days.

Presumably this means that the long-planned Halo movie (at one point to be written by Game of Thrones showrunner D.B. Weiss, directed by District 13 director Neill Blomkamp and produced by Peter Jackson) is on hold pending how the show turns out.

There have been four games in the core series, comprising a completed trilogy (Halo: Combat Evolved, Halo 2 and Halo 3) and the start of a second trilogy (the unpredictably-titled Halo 4). Halo 5 is currently in-development for the X-Box One. There has also been a prequel game, Halo: Reach, a self-contained expansion to Halo 3 called Halo 3: ODST, and a spin-off real-time strategy game, Halo Wars.

The games begin in the year 2552, when humanity is at war with a hostile alien race, the Covenant. During a battle between a human ship and a Covenant vessel, both encounter a massive ring-shaped structure in space, ten thousand miles wide. The human vessel crashes on the surface and one of the few survivors, a Spartan elite trooper known only by his rank, Master Chief, has to fight through the Covenant forces to discover the structure's secret: it is home to a rapacious, hostile race known as the Flood which will overwhelm and destroy the entire galaxy if left unchecked. Later games reveal that there are multiple Halo rings and their true purpose is to keep the Flood under control, even if it means wiping out all life in the galaxy. Later games focus on the emergence of a new threat, the Prometheans.

The games span a period of five years, along with Reach, a prequel set a few months before the first game and depicting the Covenant launching a full-scale invasion of the human colony world of Reach, home to 700 million people. A potential TV series could be set at any point in the games' timeline, or even earlier or later, focusing on different characters and situations altogether. Spin-off novels, including some written by hard SF author Greg Bear, are set thousands of years earlier during the construction of the Halos, though it's less likely that a TV show would move so far away from the familiar iconography of the games.

More news as it is revealed.
Posted by Adam Whitehead at 20:28

"Later games focus on the emergence of a new threat, the Reclaimers."

The Reclaimers are humanity! :P

If it's based on Red vs. Blue rather than the main Halo storyline, I'm there.