The confrontation between film producer Courtney Solomon, who is developing a new Dungeons and Dragons movie with Warner Brothers, and Hasbro, the parent company of D&D owners Wizards of the Coast, has escalated futher. Hasbro have filed a lawsuit against Solomon and his Sweetpea Entertainment company, asserting that Solomon does not have the rights to make such a film. Hasbro themselves are developing a new D&D movie with Universal. 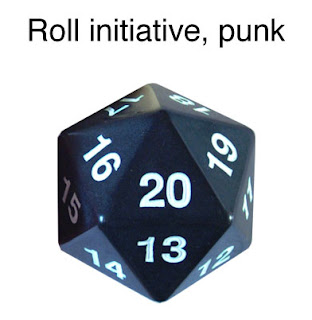 According to Hasbro, the original deal with Solomon stated that the rights would revert to the IP-holders if Solomon did not produce a sequel film every five years. According to Solomon, that requirement was satisfied by the release of the low-budget TV movie Wrath of the Dragon God in 2005 and by the release of the straight-to-DVD movie Book of Vile Darkness in 2012 (though it entered production in 2010). However, Hasbro assert that this does not satisfy the terms of their contract since straight-to-DVD movies and TV films are legally not the same entities, either as one another or as cinematic features, and as a result the film and TV rights have now reverted to them.

Solomon has come out fighting, saying that he and his company will defend their rights. However, this exchange of views has also confirmed that the previous arbitration (which Solomon was using to show the matter had already been settled) took place in the late 1990s , before even the release of the first movie, and did not address of the sequel issues. As a result of this, Hasbro's position appears to have more merit than previously thought.

Expect this one to run on for a while.
Posted by Adam Whitehead at 12:22

So *that* was the reason they made those crap sequels ? Just to avoid losing the rights? This is just so lame.