GAME OF THRONES wins a BAFTA

Game of Thrones has won a BAFTA Award. The show won the Radio Times Audience Award, the only one of the awards to be voted for by the general public. The result was a surprise, with most watchers expecting the 2012 Olympics Opening Ceremony to walk off with the award, but clearly GoT's motivated fanbase was able to mobilise. However, GoT did miss out on the other award it was nominated for, Best International Programme, which instead went to its HBO sister show Girls (itself surprisingly trouncing the widely-expected winner, Homeland). 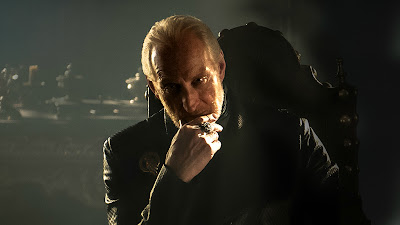 GoT's trophy cabinet is rather full, with the show having already notched up multiple Golden Globes, Emmies and Hugo Awards, amongst others. Congratulations to the team for their success.
Posted by Adam Whitehead at 10:38