It has been sadly been reported that fantasy author Deborah J. Miller has passed away from breast cancer. 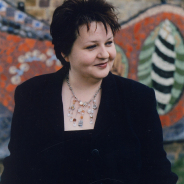 Miller wrote a fantasy duology under her own name, consisting of Swarmthief's Dance (2005) and Swarmthief's Treason (2008), as well as writing the Talisker series under pseudonym Miller Lau. This series consisted of Talisker (2001), Dark Thane (2002) and Lore Bringer (2004). In recent years Miller was better-known as one of the key organisers of the David Gemmell Legend Awards, and co-presented the awards for their first few years. She was also a member of the British SFF writers' collective known as the Write Fantastic. She is survived by her husband and daughter.

I had the pleasure of meeting Deborah at two of the awards, and occasionally corresponded by email in the run-up to them. Whilst I did not know her well, she was always friendly, encouraging and generous. She will be very much missed by the British SFF community.
Posted by Adam Whitehead at 15:39

Sorry to dig up a sad story, but have you ever found any solid evidence that Swarmthief's Treason was ever released? I know an ISBN was issued and the automated databases on Amazon and the like list it (and the sequel), but as far as I can make out the publisher cancelled it at the last minute, and whilst there was some talk of Miller making the book available for free on her website that never happened.

I have no information on that book at all. I think my initial report found the book ISBN and date, but nothing more than that. It certainly doesn't look like it was ever released.