Doctor Who at 50: Genesis

On Saturday, 23 November 1963 the BBC aired the first episode of a new science fiction drama series, Doctor Who. It was almost ignored, most viewers still shocked by the news of the assassination of President John F. Kennedy the day before. The BBC - wisely - repeated the first episode a week later and the show gained more attention. Its ratings were modest and cancellation likely until the second serial aired. This serial introduced a race of cybernetic organisms called the Daleks which almost immediately became a hit on the playgrounds of Britain. Ratings soared and Doctor Who remained in continuous production for twenty-six years before it was unofficially cancelled in December 1989. 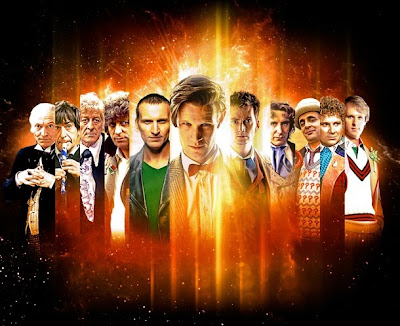 Following the success of a one-off TV movie in 1996, the BBC began working on ways of bringing the show back. This took a lot longer than planned, with the show not returning to British screens until March 2005. Since then it has become the most popular British TV show abroad, with the show becoming a cult sensation in the USA where the original series had always struggled to get much attention.

This November marks the 50th anniversary of the series. Since its first episode it has chalked up 800 episodes (the 800th is in fact this year's Christmas special) airing over 33 seasons. It has also spun off a canonical TV movie and two non-canon feature films, as well as stage plays, hundreds of books and several computer games. The show has featured more than sixty recurring actors, with eleven (potentially thirteen by the end of this year) playing the title role alone. Twelve showrunners have guided the show from behind the scenes. At its height in the UK during the late 1970s, the show was garnering viewing figures of up to 16 million per week. It is the BBC's most profitable television series in its history. The statistics are impressive, and would likely surprise those who created the show back in the 1960s. 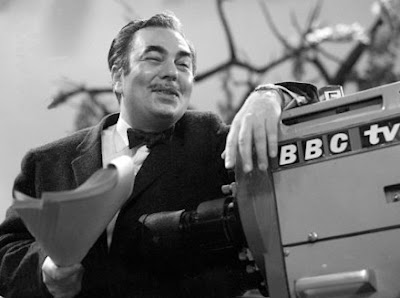 Though a large team contributed to the creation of Doctor Who, Canadian producer Sydney Newman is usually credited with bringing the project to the screen and creating several of its core concepts.

The BBC began development of a new science fiction project in early 1962. Eric Maschwitz, the assistant and adviser to the Controller of Programmes, is generally credited with starting the ball rolling by asking Donald Wilson, the Head of the Script Department, to brainstorm ideas and cost a new SF project. Wilson's staffmembers Alice Frick and Donald Bull delivered a report within a month, stating that the BBC could indeed afford to develop such a programme. A second report by Frick and another staffmember, John Braybon, was the first one to raise time travel as a possible plot device. Amongst the benefits of a time travel show was the ability to cheaply re-use props and costumes from the BBC's extensive stocks for historical shows and to spend more money on the SF ideas.

In December 1962 Canadian Sydney Newman took over as Head of Drama at BBC TV. An SF fan, he was made aware of the existing project and also an upcoming gap in the schedules on Saturday evenings. Newman had Wilson and his staff and another writer, C.E. Webber, continue to develop the idea with this timeslot in mind. The timeslot fell between the sports programme Grandstand and pop music programme Juke Box Jury. As a result, the new SF series would have to appeal simultaneously to both adults fresh from watching the sport and children waiting to watch the music programme. Contrary to numerous incorrect reports, Doctor Who was never commissioned as a children's series, but as a production of the adult BBC Drama Department that was designed to have a wide audience appeal. 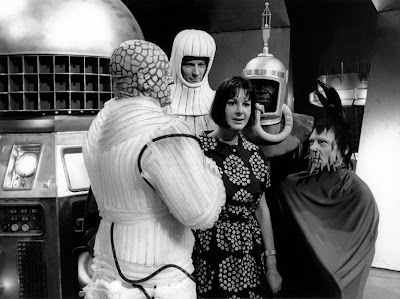 Doctor Who's first head producer - or showrunner in modern parlance - Verity Lambert, on the set of Doctor Who in the third season.

Newman took a personal hand in the development of the idea and personally created the idea of a time machine larger inside than out. He also created the Doctor (originally characterised as a brilliant-but-human inventor from the 49th Century) and gave the show its name, Doctor Who. As development proceeded, a production team was assembled with the role of head producer - the closest to the modern notion of a 'showrunner' - up for grabs. After two producers had turned it down, Newman recruited a previous colleague of his, Verity Lambert. The hiring of a 28-year-old woman as the chief producer on a new BBC drama series in 1963 raised eyebrows at the corporation but Newman backed her to the hilt. Donald Wilson soothed concerns by appointing the experienced and respected Mervyn Pinfield as Lambert's deputy to provide support, but in the end Lambert's production skills were more than capable.

Australia writer Anthony Coburn was brought on board to write the first episode, working from the materials created by the rest of the team and an early outline by C.E. Webber. Coburn refined a number of ideas, such as establishing the notion that the TARDIS's external shape could shift to blend in with its surroundings. Its first appearance would be a police telephone box. However, once the cost of redressing the TARDIS prop for every serial was worked out, it was decided that the TARDIS's circuits would jam and force the TARDIS to remain as a police box indefinitely.

Other production departments were also now brought on board: graphics designer Bernard Lodge and electronic effects specialist Norman Taylor created the distinctive title sequence by using the 'howlaround' technique, using a camera pointing at its own output monitor to create a form of visual distortion, over which the show's title caption could be displayed. Similarities can be found with Stanley Kubrick's work on 2001: A Space Odyssey (notably the concluding 'stargate' sequence), though in that case he used a different technique called slit-scan. This was later employed on Doctor Who to create title sequences throughout the 1970s.

An extended version of the original 1963 title sequence.

Similarly, composer Ron Grainer created the theme tune and an employee of the BBC Radiophonic Workshop, Delia Derbyshire, ran it through a series of tape recorders and oscillators to create the theme tune that is so famous today.

The production team took some care over casting, deciding that the Doctor needed to be played by a familiar British actor. After several actors turned down the role, Lambert decided to ask William Hartnell. The 55-year-old character actor was famous from a series of roles as army characters in British films of the 1950s, but Lambert had seen him give a more nuanced performance in the film This Sporting Life. Hartnell was encouraged to accept a role that would both move away from his stereotypical roles and give him a wider audience. As he had two grandchildren, Hartnell was also pleased at being able to act in a series design in part to appeal to children. 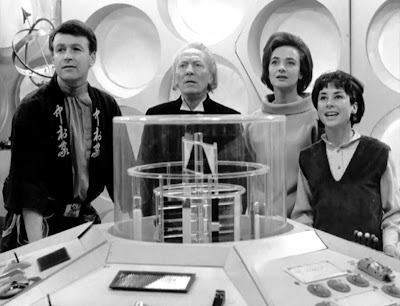 The regular line-up of the show was completed by Carole Ann Ford as the Doctor's granddaughter, Susan; Jacqueline Hill as schoolteacher Barbara Wright and William Russell as fellow teacher Ian Chesterton. The original idea was that the Doctor would be a somewhere more mysterious figure, with Ian and Barbara acting as the protagonists. It wasn't long before the more familiar pattern of the Doctor taking charge and Ian and Barbara representing the viewer's POV (by asking questions about what's going on) emerged, however.

The first episode, An Unearthly Child, was recorded in October 1963 and was beset by technical problems. Several lines were fluffed, the TARDIS doors malfunctioned and  William Russell knocked over a prop on the junkyard set. Carole Ann Ford also played Susan in a notably 'alien' way which the production team soon found distracting. The problems on the first episode convinced the team to reshoot it completely. They took the time to adjust Ford's costume and mannerisms to be more relatable to the audience. Hartnell's performance, which had been rather harsh and callous in the original recording, was also toned down a lot. A particularly major change was made to the script, with the Doctor's claim to being from the 49th Century being altered to him saying outright that he and Susan are aliens. This became key to the show's entire premise. This second recording was far more successful. The unaired first episode became known to the fans as the 'pilot', though this is technically inaccurate (British television at the time - and rarely since - did not use the American technique of making a pilot episode before entering full-time production).

Production was now able to continue on the rest of the first season, which was allocated a whopping 42 episodes to air almost across an entire year. No-one at the time realised that production on Doctor Who would continue without interruption for another quarter of a century.
Posted by Adam Whitehead at 10:34

Thanks for the great summary of the start of Doctor Who. While I grew up watching the show, Tom Baker is and always will be my Doctor, I didn't have a lot of insight into the development. So this was very interesting to read.

Really looking forward to the 50th anniversary episode when it airs in November.

Great read. Is this the beginning of a series?

Fantastic read as usual Wert. Thanks for doing this series