It's been surprisingly confirmed that Paramount held some meetings last year with Michael Dorn - who played Worf on seven seasons of Star Trek: The Next Generation and four of Star Trek: Deep Space Nine - to discuss creating a new Star Trek television series. According to Dorn, the meetings went well but further development was shelved out of respect to J.J. Abrams's then-filming second Star Trek film. 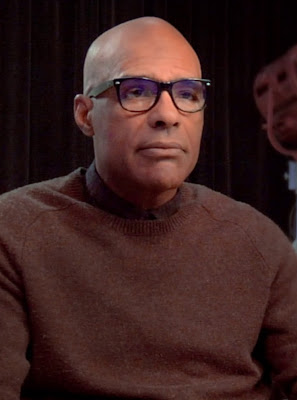 Dorn has been saying for several years that he would be willing to return in a new Star Trek series focused on his character. Worf is one of the most popular Star Trek characters and has appeared on screen more times than any other character (outstripping his nearest rival - Colm Meaney's Chief O'Brien - by a clear fifty episodes). Whilst there has been strong fan support for such a plan, there has also been scepticism about Paramount's willingness to consider a new Star Trek series set in the original timeline whilst the 'Abramsverse' has proven popular with movie audiences. However, with Abrams moving on to the Star Wars franchise and the Blu-Ray re-release of Star Trek: The Next Generation selling very well, Paramount may be reconsidering their previous position.

A new Star Trek TV series is inevitable at some point, but whether this will be it remains to be seen.
Posted by Adam Whitehead at 14:55

I would love this! I do hope Paramount reconsiders and moves forward with this idea.

Popular as Worf is, I can't picture him carrying a series as captain. I think a bit more charisma is needed. Although I'm glad you think a new series is inevitable, makes sense.

I really don't see a Worf-based series in the "old" timeline happening.

But I would like ANY kind of Star Trek series to happen, even that.

I totally don't understand why Paramount go so much for the movies. Star Trek was always, unlike Star Wars, a SERIES and not a movie trilogy.

Are they waiting for Abrams to deliver another movie to supposedly increase interest and possible success of a new series?

It would be disappointing if they would do that and delay a new Trek series because of it.

I think Worf could easily carry a series as captain. His character grew a lot over TNG and even more throughout DS9. Michael Dorn also brings all that experience from the shows and the movies.

With regards to the timeline, it is sci-fi. They can figure out a way to make it happen.