Doctor Who at 50: The Missing Episodes

Update: Since posting this article, an additional nine episodes of Doctor Who have been recovered from Africa. I have amended the article to account for this. 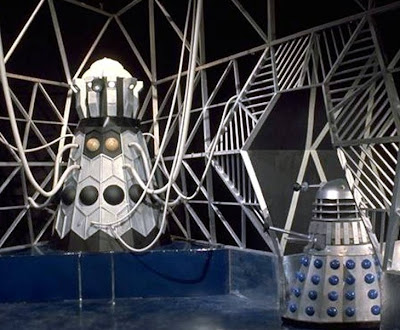 Evil of the Daleks, which marked the final appearance of the Daleks in the black-and-white era and their last appearance for five years, is arguably the incomplete serial fans most want to see restored.


As a Doctor Who fan, one of the most frustrating things is the inability to watch a complete run of the series. 97 episodes of the series - almost one-in-eight of the total number - are missing from the BBC archives.

How this came about is fairly straightforward. Back in the 1960s it was standard practice for the BBC to destroy their old film stock once they had no use for it, or to recycle it to record new programmes. There was no video market and repeats were very rare, due to the high cost of repeat rights. Programmes were meant to be watched once and then discarded. The idea of holding onto the complete run of a TV series for archiving or heritage reasons would be baffling to TV executives of the day. There was almost no dedicated storage space for the videotapes or film cans either, so their destruction was necessary once the existing storage space had been exhausted.

Between 1967 and 1978 the BBC carried out a purge of their archives, destroying hundreds of episodes of classic TV series. As well as Doctor Who, episodes from series such as Z-Cars, Dad's Army and Steptoe and Son were wiped. The practice was halted in 1978 by Doctor Who's own nascent organised fandom. Fan Ian Levine (who later served as a fan consultant on the programme) led the effort to stop the junking of the old material, apparently personally preventing the very first Dalek story from being destroyed. In response to both the fan outcry and also the infant technology of home video-playing, which offered a lucrative way of exploiting old material, the BBC halted its policy of destroying old material. Indeed, they almost immediately began attempting to recover those episodes that had been destroyed for commercial exploitation.

Fortunately, Doctor Who's popularity in the 1960s and 1970s - though a far cry from its global reach today - extended to many overseas territories. Copies of episodes had been sent to the United States, Canada, New Zealand, Hong Kong, Australia, Cyprus and numerous African countries, amongst others. By mounting a determined effort, both the BBC and individual fans (including Levine) managed to recover copies of many of the missing or destroyed episodes from overseas. Since 1978 an impressive 41 episodes believed lost forever have been recovered and returned to the archives.

However, that still leaves 106 episodes and 10 serials completely missing from the archives and a further 17 left partially incomplete. The missing episodes are completely restricted to the first six seasons (i.e. the run of William Hartnell and Patrick Troughton episodes), with the third through fifth seasons particularly badly afflicted. The full list of missing episodes is as follows: 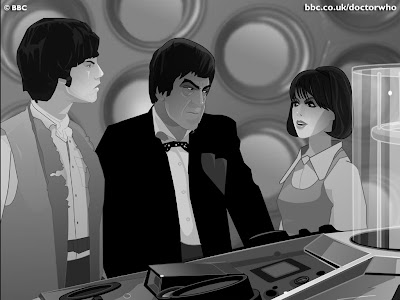 The first episode of The Invasion, restored through animation.

Due to the popularity of Doctor Who on DVD, the BBC has carried out restoration work to bridge the gap on serials where there is only an episode or two missing. The Reign of Terror, The Tenth Planet, The Moonbase, The Ice Warriors and The Invasion have had their missing episodes filled in with animations to replace the missing live-action material. However, DVD sales only make this practical for serials where they are only two missing episodes, meaning only a few more serials can be restored this way. This restoration work is only possible because Doctor Who fans, lacking VHS recorders in the 1960s, used home tape recorders to record the soundtrack of every episode. Copies of these soundtracks have been given to the BBC, meaning that every episode of the series does still exist on audio.


Rumours abound, of course, of the return of some of the missing episodes, bolstered by past events. In late 2011 it was confirmed that one episode apiece from Galaxy Four and The Underwater Menace had been recovered. In 1992 many Doctor Who fans were stunned when all four episodes of Tomb of the Cybermen (at that stage, the most critically-well-regarded missing story) were returned from Hong Kong and rush-released on VHS (at which point the critical assessment became more mixed). In the late 2000s paperwork confirmed that up to 20 missing episodes had been residing in a TV studio in Sierra Leone before it had been levelled in that nation's lengthy civil war. This information suggests that it is more than possible that copies of missing episodes may remain in existence in far-flung corners of the globe.

Work by fans and investigators have confirmed that many of the missing episodes had multiple copies made and sent around the world, making their survival and eventual return possible. However, the twelve-part mega-epic, The Daleks' Master Plan, was not widely sold abroad, presumably due to its extreme length. Three episodes from the epic have been recovered over the years and it is marginally possible that some of the 'viewing copies' sent to the broadcast companies for assessment may have survived, but otherwise it seems unlikely that many more episodes from this serial exist. That said, only Episode 7, 'The Feast of Steven' (the only Christmas-themed Doctor Who episode of the original series) was never sold or sent abroad at all, and thus is the only episode of Doctor Who that has been deemed lost forever and beyond recovery.

Last year rumours began circulating that a motherlode of missing episodes had been found. The Bleeding Cool website reported that sources within the BBC itself were claiming as many as ninety of the missing episodes had been located in the hands of a private collector. Investigations by Bleeding Cool, other websites and fan Ian Levine eventually led to the BBC and some of the personnel reportedly involved in the restoration work refuting that any new material had been found at all. However, rumours continue to circulate on the basis that the last two episodes to be found were kept under wraps for some time before being announced. This particular rumour falls into the 'too good to be true' category, but the hope remains that additional missing episodes of Doctor Who will be recovered in the future.

October Update
A few weeks after originally posting this article, the BBC confirmed that nine episodes - five episodes of The Enemy of the World (bringing the story to completion) and four of The Web of Fear (leaving it almost complete apart from its third episode) - had been returned to them from Nigeria. They rejected claims that more episodes had been found (the 'ninety' rumour as mentioned above) but various sources confirmed that the people involved in finding the episodes were chasing up fresh leads elsewhere in Africa. It is possible that this new search - which involves physically visiting and itemising some of these TV stations for the very first time - may yet turn up more missing material
Posted by Adam Whitehead at 11:10

Email ThisBlogThis!Share to TwitterShare to FacebookShare to Pinterest
Labels: bbc, doctor who, doctor who at 50, wtf