A History of Epic Fantasy - Part 34

In 2015 epic fantasy is in the best health it's been for a long time. Game of Thrones is the most popular drama in the world, publishers are putting out more books and series than ever before and fantasy video games are shifting vast quantities. Even better, the genre is evolving and getting more original, casting aside the trappings of the past to explore ever more interesting ideas about people, magic and worlds. 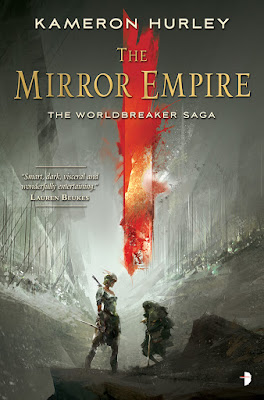 Few authors have arrived with such ferocity as Kameron Hurley. Her first novel, God's War (2010), is an SF-fantasy hybrid where technology is replaced by the use of magically-controlled, genetically-engineered bugs, who are manipulated and directed by wizards. Her world is gripped in a centuries-long war between two rival cultures both following radically different, differently-descended versions of Islam (one male-dominated, the other female). Cultural and gender issues are explored against the backdrop of an action-packed, well-realised story featuring Nyx, the most conflicted and amoral protagonist to be seen in many a year. Two sequels followed.

More traditional in its epic fantasy construction - if only nominally - is The Worldbreaker Saga, which commenced with The Mirror Empire (2014). This chronicles a fantasy world that is being invaded by forces from its own parallel universe, where invaders can only cross over if their counterpart in the other timeline is dead or never existed in the first place. Angry matriarchs do battle, armies clash and massive plant-monsters abound. It's a fantasy series that does things differently to the norm whilst also ensuring the more basic tropes of the genre are engaged with.

In between, Hurley has found time to write insightful and passionate essays on the nature of genre fiction. The most notable of these is the Hugh Award-winning "We Have Always Fought: Challenging the Women, Cattle and Slaves Narrative", which argues for a more nuanced and complex view of the role of women in history, and in genre fiction which apes it. 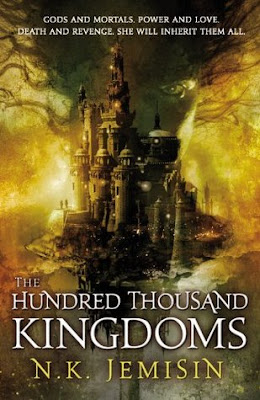 Nora Jemisin exploded onto the scene in 2010 with The Hundred Thousand Kingdoms, a mind-bending story of floating cities, gods imprisoned to be used as weapons, and a young woman searching for her destiny. Original and thought-provoking, The Hundred Thousand Kingdoms and its two sequels in The Inheritance Trilogy (2010-11) are representative of a new breed of epic fantasy which is more bizarre, strange and original whilst also delivering fascinating characters and a well-described secondary world.

Jemisin's second published work (although written earlier), The Dreamblood duology (2012), is set in a fantasy kingdom heavily inspired by Ancient Egypt but which also steers clear of cliche: no pyramids or mummies here. The duology revolves around a form of magic that is drawn from people when they sleep, but when a contagion is relased that kills people as they sleep the sect known as the Gatherers must investigate. The result is a more traditional epic fantasy (if only relatively) than The Inheritance Trilogy but one that still riffs of different cultures and fuses elements of religion and war to a murder mystery investigation. 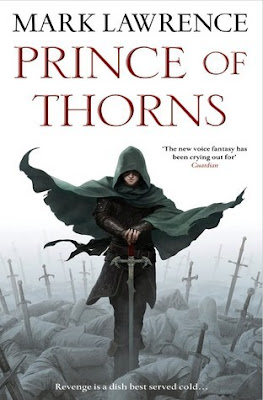 Released in 2011, Prince of Thorns achieved almost immediate success. The UK publishers packaged free copies of the book alongside George R.R. Martin's A Dance with Dragons and canny use of social media was made to promote the novel. The book gained an unfair degree of notoriety when on early review criticised it for graphic sexual violence which simply does not exist in the novel, but it went on to become hugely successful.

The novel is set in a post-apocalyptic future where Europe has been partially drowned by rising sea levels. Magic exists, but is apparently a form of highly advanced technology. Computer AIs play a key role in the story. At a key point, a horrific magical weapon turns out to be nuclear device. This is the traditional "rationalised fantasy" story, where the magic is actually explained by science. But the setting takes a back seat compared to the thorough exploration of the main character, Jorg Ancrath.

Jorg is an unapologetically amoral murdering prince who holds no qualms about killing those who stand between him and his goals. He has a rough loyalty to his men and a highly idealised obsession with the woman he loves. As the initial Broken Empire trilogy (2011-13) progresses, Jorg seems to learn and grow, but not necessarily in the healthiest or most positive of ways. His politicking, ruthlessness and military acumen leads to success, of sorts. He is an easy character to despise, even if you admire his ingenuity. It's a difficult balancing act with Mark Lawrence pulls off with huge success.

His subsequent series, The Red Queen's War (2014-16), follows a Flashman-esque coward and fop who is thrust into the middle of epic events (some of them crossing over with the Broken Empire series) against his will. His next series, The Red Sister, will be set in a new world with a female protagonist. 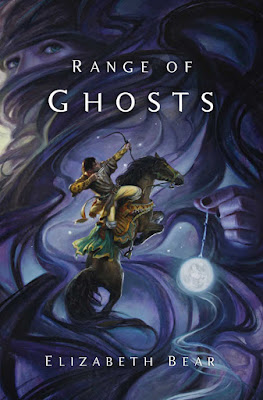 Elizabeth Bear published her first SF novel, Hammerhead, in 2005, after several years of writing acclaimed short fiction. She won the John W. Campbell Award for Best New Writer in 2005 and has gone to win many further awards, including three Hugos. She has written in multiple generes, including science fiction, cyberpunk and general fantasy, but her most notable work of epic fantasy is The Eternal Sky Trilogy (2012-14).

This trilogy is set in a world that echoes the Middle and Near East during the Middle Ages, revolving around the struggle for power and dominance in a Mongol-esque horde. At the same time, events are unfolding beyond the Khaganate's borders which gradually engulf multiple people from radically different cultures. As epic fantasy set-ups go, it's a fairly standard. However, the author uses excellent, original prose and vivid characters to create a story about different cultural groups learning to work together for a common goal. The setting, with a sky that shifts depending on the dominant socio-religious make-up of the land, is original and interesting despite its echoes from our own history. 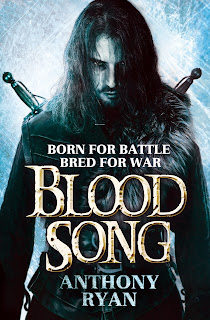 One of the biggest shifts in writing in the 2010s has been the explosion of self-publishing. At the vanguard of this in genre fiction were SF author Hugh Howey (writer of the Silo series starting with Wool) and fantasy author Michael J. Sullivan, whose Ririya Revelations series, throwing back to an older, more traditional form of fantasy, was a major success.

The success of the Ririya series inspired the publishers, Orbit, to take another look at the self-publishing sphere. With collaborative websites where self-publishing writers could look for feedback and Amazon providing avenues for self-publishing to work, there was lots to choose from but one book stood out. Blood Song (2012) by Anthony Ryan is a fairly traditional epic fantasy, with a band of brother warriors, feuding empires, massive battles and so on, but it is notable for its above-average prose and rich characterisation. The perceived wisdom about self-publishing was that books that couldn't get a publishing deal were inevitably rubbish, badly-written or self-indulgent. Blood Song proved this was not the case, and along with its sequels in the Raven's Shadow series has been a huge success.

If the way epic fantasy writers release their series is changing, so is the way fantasy readers are consuming them. Forums and blogs drove a lot of readers to good new books in the 2000s, but this decade social media has come to the fore. Thriving communities on Facebook, Twitter and Reddit allow readers to find recommendations and pick up books, and the Goodreads site has been hugely successful in getting readers to compare their bookshelves and talk about their finds. Writers of all stripes need to engage with these resources to publicise their books and spread the word, and fantasy writers in particular seem to be very adept at this.

From the dawn of the modern genre of epic fantasy over a century ago to the current explosion of creativity, epic fantasy has always been a hugely popular but critically under-appreciated genre, despite the creativity and intelligence many writers have brought to it (others, who have just wanted to ape Tolkien or Martin, not so much). But today it feels like the genre has finally come of age, no longer shackled to just retelling the same story of farmboys and kings and wizards in a vaguely medieval world again and again. In print, in the cinema, on TV screens and in video games, the genre is being used to tell increasingly interesting and challenging stories. Long may this continue.
Posted by Adam Whitehead at 13:08

Thank you for this series of posts of the history of epic fantasy, Adam. Very insightful and interesting to read. I also picked up some ideas for books to read. Thanks for your hard work.

I already had some of these books on my 'to be read' list, but now I've got a few more to add, thanks!

I would like to congratulate you for finishing this series. Now I know a little (a lot) more about one of the things I love the most un life.
Again, from Spain: good job!

Thank you for this long and interesting series.
Very well done.

That the Broken Empire books are set in Europe is meant to be a surprise reveal. Not something blurted out in an article or review, you buffoon.

It's a "surprise" reveal that's made pretty clear in the first few pages and on the map.

Well done on all the hard work you've put in writing this series. Now i'm patiently waiting for you to write The History of Science Fiction series!

I knew it was Europe and I haven't even read the books. Poorly guarded secret.