FINAL FANTASY VII REMAKE becomes a trilogy because of money

Square Enix have announced that Final Fantasy VII Remake has been split into multiple episodes (probably three) because it needs to make more money. 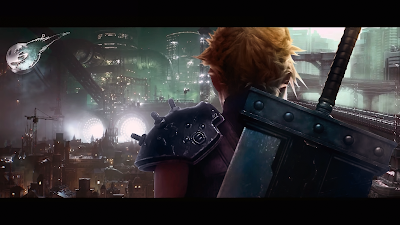 Players of the original game will remember that it came on three CD-ROMs on its original release on the first PlayStation in 1997, making for a then-astonishingly huge game given its graphical prowess. However, Final Fantasy VII was also a rather modestly-sized game in overall terms by modern standards. I beat the game in 22 hours on my first playthrough (not doing all the sidequests or grinding for chocobos) and 27 on my second (doing all of the sidequests and a bit of grinding). Most of my friends finished it in around 30 hours or so, which also seems to be the generally-accepted length of the game. For comparison's sake, a complete playthrough of the two-and-a-half BioWare Baldur's Gate games could take 200 hours when all sidequests and faction-specific missions were taken into account. The likes of Skyrim and Fallout 4 have well north of 100 hours of content apiece. Even the very linear and relatively modest Dragon Age II has a length of around 25 hours.

Trying to justify the split, Square have pointed out the fact that the original game had a lot of unique art. Transforming that into original 3D graphics for each location, with limitations on how much assets can be re-used as the game moves from urban to desert to tropical to jungle to arctic environments. This, to be fair, is a reasonable point. 3D games get away with their sizes by cleverly recycling content. Older 2D games (Final Fantasy VII had 3D characters moving over pre-painted 2D backdrops) could have unique art and assets in every location as the backdrops were simple paintings.

To give more bang for players' buck, Square have confirmed that each chunk of the game will be expanded, with new story material, side-quests, perspectives and other elements added. They pointed out that Midgar will now be a large, open-world hub rather than a series of distinct, linear sections, giving you more freedom to move around. Presumably other parts of the game will get the same treatment.

No release schedule for Final Fantasy VII Remake has been set, but one piece of good news about the split is that it means we might get the start of the game sooner. Square would be silly not to be aiming for the game's 20th anniversary in 2017 for the release of the first part.
Posted by Adam Whitehead at 21:22