For inexplicable reasons, the American editions of Robin Hobb's Tawny Man Trilogy have been given some new covers which are quite remarkably terrible.

Fool's Errand: 17th Century gentleman out for a stroll after a hard day oppressing the peasantry. 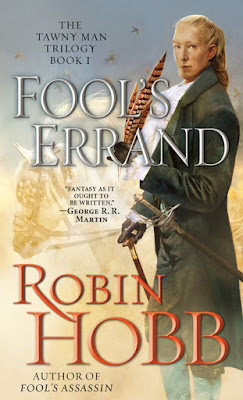 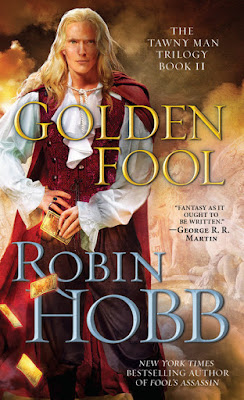 Fool's Fate: Art director trudges into Swiss mountains in search of John Howe to beg for his return. 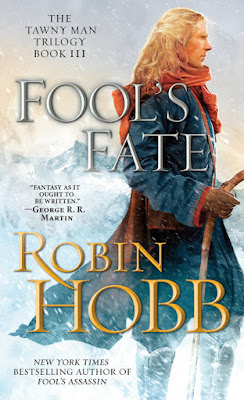 This is a series of books that was once (in the UK) graced by cover art from the monumental John Howe. Even the original American covers were better than this. Urgh.

They also revealed a preview of the next reprint cover they are planning for the series: 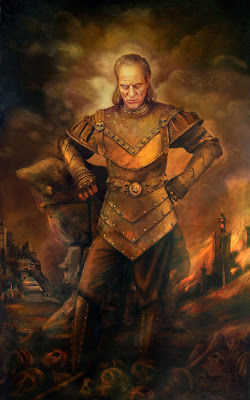 (thanks to my friend Carol for that idea)
Posted by Adam Whitehead at 10:26

It makes you wonder how these so-called professionals get hired by these companies when they show such a complete lack of taste and knowledge about what makes a good cover. These are worse than most self-published covers I see.

I would never go near books with covers that make them look like bad Regency romances - which these do.

Now to be fair, "spectacularly awful" has been the target aesthetic of American Hobb covers for quite a while now.

And I'm not sure if it's accurate, but I'm just going to go ahead and blame them for this monstrosity of an Assassin's Quest audiobook too.

Meanwhile, the UK didn't just get those divine John Howe covers... we also got a simple but really beautiful set by Jackie Morris, and now another set by Morris that are... well, I don't really like them by comparison with her earlier set, they're too bland, but they're simple and elegant enough.

so yeah. I think the US publishers have identified "people who won't by self-pub because the production values are too high" as the target market for Robin Hobb books.

Fortunately, if you want to bleach your brain after these, you can go and find the new 20th Anniversary hardback collector's edition of Assassin's Apprentice, which is just gorgeous. Oh, but it's UK only, obviously. And yes, they are going to release the rest of the trilogy in this format...

Harper Voyager all the way.

Hi Adam,
The last painting for the reprint sounded familiar, then I remembered... It's Vigo the Carpathian from Ghostbusters 2:

So, are you serious or this is just tongue in cheek British humor,

Keep up the excellent work!

PS - I did recognise the last cover :)

Those are atrocious . . . like bad romance novels. I shudder to think who the hell approved that art direction.