AD 866. Uhtred, the Northumbrian Ealdorman of Bebbanburg, is slain in battle with raiders and his son, also called, Uhtred, is captured by Danes. Uhtred's spirit amuses one of the warriors, Ragnar, who decides to keep him and raise him as a slave and servant. When Uhtred saves Ragnar's daughter Thyra from another Danish boy, Ragnar adopts him into his household and teaches him the Danish art of war. 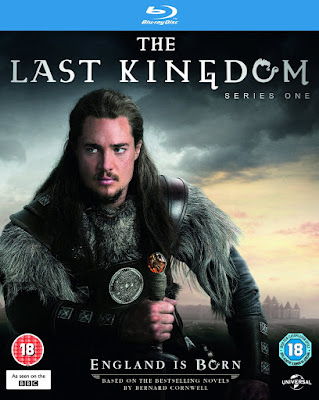 A decade later, Ragnar is betrayed and murdered by an affronted rival. Uhtred and a servant, Brida, escape. Learning that his uncle has usurped his father's seat, Uhtred decides to seek refuge in Wessex to the south. With Northumbria and Mercia overrun by the Danes and East Anglia under attack, Wessex is now the last surviving free Saxon kingdom in England. There Uhtred gains service with the king's brother, Alfred. Alfred is a visionary who sees a single great nation called England rising from the ashes of the Saxon kingdoms and the Danish strongholds...a nation that will need a great, first king.

The Last Kingdom is a television adaptation of the novel series of the same name by Bernard Cornwell, Britain's foremost and most popular writer of historical fiction. Cornwell's work has been adapted to the screen before, most notably his Sharpe series (starring a then-unknown Sean Bean) about a fictional officer raised from the ranks during the height of the Napoleonic Wars. The Last Kingdom is an earthier, harsher series where life is cheaper but also arguably more passionate. The series may have been inspired by the success of Game of Thrones, like so many others, but The Last Kingdom differs from them in one key respect: it's very, very good.

The first season adapts the first two novels in the series, The Last Kingdom and The Pale Horsemen. The through-line of the season is Uhtred's attempt to find a home where he can be accepted. Among the Danes, his Northumbrian birth causes some to look down on him, but amongst the Saxons his Danish upbringing is viewed with suspicion. His refusal to convert to Christianity also makes life difficult at the court in Winchester. Several times he offends his patron, Alfred of Wessex (the later King Alfred the Great), and he earns the enmity of several powerful noblemen, such as Odda the Younger. He does take an English wife, which helps with his image, but this causes further problems when their different backgrounds, religions and outlooks clash.

The series is clever enough to paint Uhtred as a deeply flawed human being. He is young and for all of the harshness of his times and the need to grow up quickly he can still be hotheaded, precipitous and foolish. His brashness and bravery is instrumental in achieving several victories and surviving ambushes, but also works against him as he blunders through the intricacies of court politics. Fortunately, various allies such as the priest Beocca and the great Wessex warrior Leofric are on hand to help him survive. 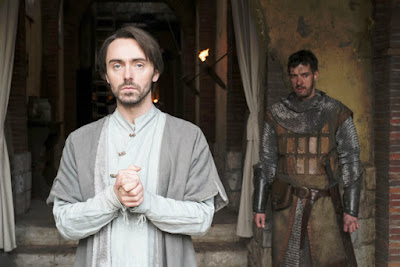 The series succeeds because of excellent writing, which borrows from the books but also mixes in other historical ideas, and tremendous performances. Alexander Dreymon's surly performance as Uhtred kind of grates until you realise he's supposed to be surly and arrogant, and this lessens over the series as he learns (more or less) humility. David Dawson is also nothing less than exceptional as Alfred, the bookish and quiet younger brother of the king who acts as his spymaster and chief diplomat who then unexpectedly is given the throne and crown despite a lack of charisma or battlefield skills. The fact that he somehow overcomes these problems to become the only English king in twelve centuries to ever be acknowledged "The Great" at first seems implausible, but his growth and evolution over the eight episodes leaves you in no doubt that this is a great man, a statesman who prefers reasoned dialogue but is prepared to use force when necessary. Adrian Bower gives an excellent performance as Leofric, and Leofric and Uhtred's "bromance" gives rise to many excellent moments of humour and comradeship. Female characters are also not forgotten, with Emily Cox giving a convincing conflicted performance as Brida, Uhtred's first love who cannot abandon her Danish ties. Charlie Murphy is also excellent as Iseult, the "Shadow Queen" of Cornwall, and Amy Wren gives a dignified performance as Mildrith, Uhtred's highly reluctant bride. Eliza Butterworth also has a tough role as Queen Aelswith, who initially appears to be very one-note, but later nuance is introduced to the character in a convincing manner.

In fact, all of the performances are excellent, helped by the quality script and great production values. The show is clearly made on a much tighter budget than Game of Thrones - the eight episodes in this first season apparently cost considerably less than just two episodes of Thrones - but delivers some impressive sets, visuals and battle sequences anyway.

If there are any weaknesses it's that the show can be a tad confusing at times, especially in its failure to show the passage of time. It's not made clear, for example, that months pass between some of the episodes, leading to the appearance of the Danes making peace and then breaking it almost instantly. There's also an issue with foreshadowing given that Uhtred is established as primarily wanting to retake his homeland of Bebbanburg but this ambition is then put on the backburner for most of the season. If the next season adapts the third and fourth novels in the series (as seems likely), this storyline should return to prominence then.

The first season of The Last Kingdom (****½) has a bit of a slow start but then transforms into a highly compelling, enjoyable slice of historical drama. It is available in the UK (DVD, Blu-Ray) now and will be released in the USA (on DVD only, controversially) on 6 January.
Posted by Adam Whitehead at 20:09

I really liked the series, but wished they'd spread the start out more. It was Saxon, Dane, and back again in the space of 10 minutes or so. Meant it was hard to be as invested in the conflicted background (and this is having read the books).

I think if they'd really spent the first half of that first episode with him as a saxon, and the second half with him as a dane. Then pushed the killing of his adopted father etc right to the end his conflicted identity would've resonated more. A bit more time on laying what are the foundations of his character's identity would've paid off.