The film is set in 2016, twenty years after the original movie but in (obviously) a parallel timeline. The world came together to defeat the alien threat in the first film but the aliens did manage to get off a distress call before their mothership was destroyed. The world has spent two decades retrofitting captured alien technology to create new weapons and defences, including an early warning system on the Moon and advanced fighters using alien propulsion systems and weapons. Scientist David Levinson (Jeff Goldblum) has been leading the attempts to prepare for the return of the aliens, but fears they are not ready. When a second, considerably larger and more powerful alien mothership arrives, his fears are soon realised.

Judd Hirsch, Bill Pullman, Brent Spiner and Vivacia Fox are reprising their roles from the first film (in Spiner's case, it's unclear how as his character was fairly graphically killed off) and will be joined by a new cast of actors, including Liam Hemsworth and Charlotte Gainsbourg. Will Smith will not be returning, the studio apparently balking at the $50 million he demanded to appear in the film and a potential sequel. 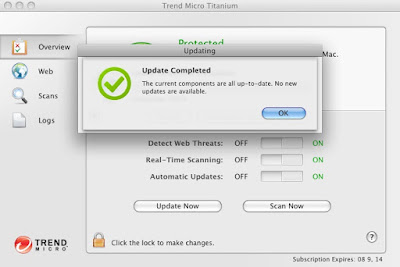 This time, they're ready for us.

At the moment only Independence Day: Resurgence has been confirmed, but the project was in development as a two-part film for many years. If this remains the case and a third film is expected, I would be concerned that the film may end on a cliffhanger.

Apparently the film will play up the role of other nations fighting the alien threat as well as the USA. For example, a Chinese fighter squadon is expected to play a role in the plot.

It looks good, but . . . yeah, no one was asking for this. Independence Day was a great example of a self-enclosed Big Movie, with a good if silly ending. Even having the aliens "getting off a distress call" doesn't make any sense - both the first movie and its novelization explicitly state they're an entire civilization moving from system to system, a rather cool image when you think about it.

Instead, it looks like they're going down the Men in Black/Terminator route of hoping they'll catch lightning-in-a-bottle twice by just doing the same type of story except bigger and with a better budget. It'll probably make a ton of money, too, simply by being such a huge big-budget movie with an iconic predecessor.

Given that MacBooks no longer have on-board modems, how are we supposed to upload the virus to the mothership again?

Seriously, I actually saw a friend of mine on Facebook say today that he was more excited about this movie than The Force Awakens or Captain America - Civil War. I guess that speaks to just how much a certain audience might be looking forward to something like this.

Nothing says we want Chinese box office, like HEY LOOK CHINA OVER HERE WE ALSO FIGHT ALIENS BUT WITH LESS PITHY QUIPS

Vivica Fox, Wert, not Vivacia. :-) (But you reminded me I really should reread The Liveship Traders!)