Spike TV has given a full season order for Red Mars, a TV series based on Kim Stanley Robinson's classic Mars Trilogy of novels. J. Michael Straczynski, the creator/producer/writer of Babylon 5 and recently the co-creator and writer of Sense8 for Netflix, will be the primary writer and showrunner on the series. 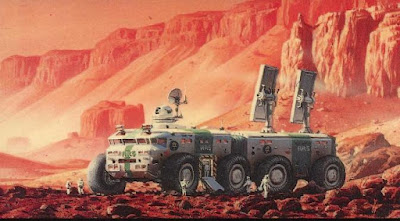 Robinson's trilogy consists of the novels Red Mars (1992), Green Mars (1993) and Blue Mars (1996), along with a companion volume of short stories and essays, The Martians (1999). The trilogy opens in the year 2026 when fifty men and fifty women - the First Hundred - travel to Mars on the colonisation ship Ares. The opening part of the first novel covers the months-long journey out to Mars, with the scientists and engineers getting to know one another and dealing with crises like solar storms which threaten to kill them before they even get to the planet. During the voyage an ideological and philosophical debate begins which eventually comes to dominate the colonisation saga: whether Mars should be left in the state it is found or terraformed to support human life.

The rest of the first novel concerns the building of Underhill, the first town on Mars, and the establishment of an outpost on its moon Phobos. As the years pass more colonists are sent and technology rapidly develops, with canyons and craters being roofed and pressurised to create the first towns and, later, cities. A life-extension drug is developed which allows characters at the start of the story to still be alive and in excellent health forty years later. However, as the population of Mars swells, so does the control of the meta-national megacorporations which have displaced the nation-state as the primary power on Earth. This sparks a desire for independence, and the scene is set for a bloody revolution. The later novels, Green Mars and Blue Mars, cover an additional 200 years of future history. 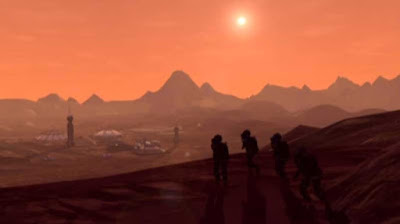 It is likely that Straczynski will be changing some things about the books. First off, the timeline will likely be changed (since we are more like thirty years from the establishment of the first colony on Mars rather than eleven). We are also likely to see a lot more action and drama, particularly during the events of the latter two books which are more free of plot incident than the first novel. However, as Babylon 5 and Sense8 both show, Straczynski is a thoughtful writer who can write entertaining television even about controversial issues like religion, immigration and the morality of science, so don't expect these elements to be dumbed down too much. Indeed, Straczynski appears to have been a fan of the novels, with the Mars storyline in Babylon 5 feeling at least very partially inspired by Robinson's books (that were released simultaneously with the show's opening seasons).

Vince Gerardis, who helped shepherd Game of Thrones to the screen, will co-produce alongside Straczynski, who will write and be the primary showrunner. Kim Stanley Robinson will serve as a creative consultant on the project, but it's not yet been confirmed if he will write any episodes.

Spike TV, known for its more young adult male demographic than its thoughtful, hard SF one, appears to be appealing to a new audience with this project. They have also made a significant investment in the new show, ordering a full 10-episode first season instead of a pilot. It is possible that the success of the Ridley Scott film The Martian inspired them to move forward with the project.

According to Straczynski, his work on Red Mars will not interfere with his writing for the second season of Sense8, which was recently commissioned by Netflix.
Posted by Adam Whitehead at 20:08