Netflix has cancelled its epic science fiction series, Altered Carbon, based on the body-hopping Takeshi Kovacs novels by Richard Morgan. 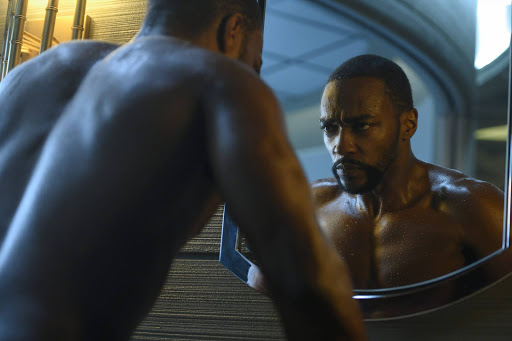 The first season of the show aired in early 2018 and was mostly well-received, although some major changes from the novels - some of which seemed almost tailor-made to shut down long-term story arcs from the books - were inexplicable. The second season aired in February this year, after a two-year wait, and was apparently not as successful. Netflix's explanation seems to rest on their incredibly vague metrics, which decided that continuing the show at its relatively high cost of production was not worthwhile since it was not bringing in a lot of new subscriptions. A stand-alone animated film in the same universe was also aired earlier this year.

The cancellation leaves the fairly risible Another Life as the streamer's sole adult space-set SF series on the air, although it should be joined next year by the live-action version of Cowboy Bebop, once production resumes on that project.

Verry dissapointing, especially since they waited 6 months to announce this. Hope somebody else pics it up.

They went waaaay off the reservation with the second series. I've read the books but I had almost no idea what was going on in the 3 or 4 episodes I watched of the second season.

The second season was awful, though.

I'm not surprised and i don't care.
Huge fan of the books and i really liked the first season but i couldn't even bring myself to finish the second one. Had nearly nothing to do with the book anymore and quality was about the same as the parts of the Hobbit that weren't in the book.
I don't get why money is spent on tv/movie rights to a successful book and then some random garbage is created...

I'd rather they pull the plug on a less than perfect adaptation than try to milk it to death with too many seasons. I liked the first season, despite some over the top violence, gore, and shallow plots (rich people and corporations always the big bad). But I found the opening to the second season jarring and I haven't finished it yet. Changing the lead actor didn't help. I know that's the point of the series, that sleeves are disposable, but having had three actors as Takeshi Kovacs it's hard to build a connection with the character.

Sad but expected after that second season. I loved the first season though.

1st season was fine. Not great.
2nd season was really poor. I struggled to finish it. Turgid stuff.