The Resident Evil franchise is having a second stab at a live-action film franchise, with a new reboot film in pre-production. 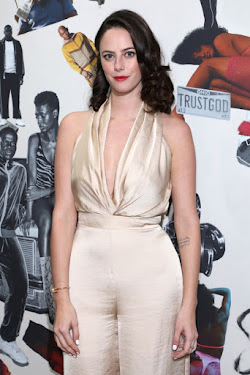 The film is directed by Johannes Roberts (47 Meters Down, Darkhunters) and is designed to be a much more faithful adaptation of the video game series than the six-film movie series produced by Paul W.S. Anderson between 2002 and 2016 and stirring Milla Jovovich.

The Resident Evil video game series consists of 21 titles, although only seven are counted as part of the core series; the eighth main game in the series will be released next year. The games have sold more than 100 million copies, making them the biggest-selling series by Japanese video game giant Capcom.

The new film sounds like it is combining the storylines of the original Resident Evil (1996) and Resident Evil 2 (1998). In the former, a special police taskforce, STARS, investigates a strange series of murders which leads them to a mansion on the edge of Raccoon City. STARS agents Chris Redfield and Jill Valentine investigate the mansion, inadvertently discovering that the redoubtable Umbrella Corporation has created a pathogen, the T-virus, which transforms humans into zombie-like creatures, as well as more monstrous mutations. The sequel sees the T-virus spread to nearby Raccoon City, turning it into a nightmarish hellscape which police officer Leon S. Kennedy and student Claire Redfield (Chris's sister) must navigate in their attempt to find out what's going on. Resident Evil 2 was remade and re-released in 2019 to critical acclaim and massive commercial success.

The new film has zero connection to Netflix's live-action Resident Evil TV series, greenlit in August. Netflix's take follows twin sisters Jade and Billie Wesker in two timelines, one set during the events of the games and one set in a post-apocalyptic future when the virus has gone global and almost wiped out humanity (notably something that does not happen in the games).

If that's not confusing enough, Netflix and Capcom have also collaborated on a CG animated TV series starring Claire and Leon, Resident Evil: Infinite Darkness, which is already in production and due to air in 2021. It appears this series may take place in the video game continuity, but at this point who knows?

The film should start shooting imminently and is aiming for a late 2021 release date.

I LOVE Kaya, and I have no experience with the games, just the Milla movies, but I just can't see Kaya as having the kind of physicality to pull this role off, assuming the movies are action based.

The games and presumably the new movies aren't quite as frenetically action-packed as the movies. They're more based around horror with the occasional action sequence.