The BBC has cancelled their hit supernatural series Being Human after five seasons. 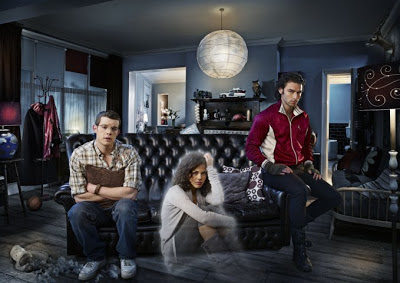 The show started airing in 2008, using the premise of a vampire (Mitchell, played by Aidan Turner), a werewolf (George, played by Russell Tovey) and a ghost (Annie Sawyer, played by Lenora Crichlow) living together in a flat in Bristol. Despite early expectations of a more comedy-oriented show, it quickly became a much darker drama with regular deaths and mayhem. After the events of Season 2, the show moved to a new location (Barry in Wales). A series of major events at the end of the third and the start of the fourth season saw Turner and Tovey - who had become quite big stars off the back of the show - depart (the former to do The Hobbit trilogy, where he plays Kili).

In Season 4 a number of new characters came into the show, notably new vampire Hal (played by Damien Moloney) and new ghost Alex (Kate Bracken), whilst recurring werewolf character Tom (Michael Socha) was promoted to a regular. Crichlow departed at the end of Season 4, allowing Season 5 to start with none of the originally-established characters present. 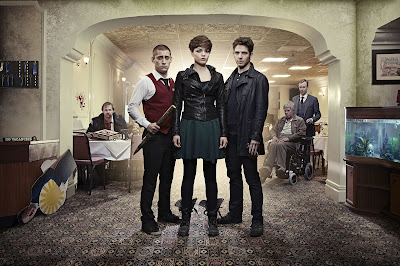 Surprisingly, despite the complete cast change the show remained highly rated by critics. Airing on the low-viewership channel BBC-3, Being Human's first season became the channel's highest-rated original drama by getting more than 1 million viewers twice. Seasons 2 and 3 took this to new heights by very rarely dipping below 1 million viewers. Season 4's viewership took a slight hit to just below 1 million, but remained impressive for the channel.

An American version of the show began airing in 2011 and is currently in its third season.
Posted by Adam Whitehead at 11:30

Email ThisBlogThis!Share to TwitterShare to FacebookShare to Pinterest
Labels: being human, news