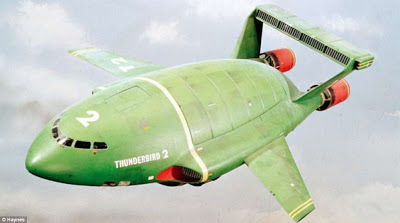 The new series will be a co-production between New Zealand's Pukeko Pictures and CITV in the UK, which will also broadcast the show (hopefully in a better timeslot than the new Captain Scarlet, which they pretty much killed through appallingly awful scheduling). Surprisingly, the show will not be all-CGI, instead using a mixture of models and sets along with CGI. The characters will be CG, as presumably will be the more action-oriented scenes. The CGI for the series will be provided by no less a source than Weta, who did the CGI for the Lord of the Rings and Hobbit trilogies and King Kong, amongst many other films.

As long as it keeps the original soundtrack...