HBO have finally released a 'proper' trailer for Season 3 of Game of Thrones:

The trailer has a lot of great bits in it, but my favourites were our first proper look at Dragonstone in the daylight: 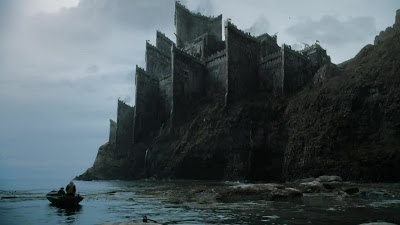 And this shot of Tormund Giantsbane (Kristofer Hivju) climbing the Wall is quite impressive: 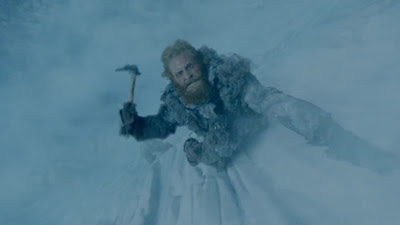 Meanwhile, Entertainment Weekly has reported that the second season has sold more than 241,000 copies on its first day on sale in the USA, a 44% increase on the first season. More than 350,000 episodes were also bought from digital vendors, more than twice that of the first season. This bodes well for the Season 4 renewal (which is expected after the first few episodes of Season 3 airs, but pre-production has already started).
Posted by Adam Whitehead at 11:00

YAY!! This trailer was worth the wait!!

My chins just quivered;) Can't wait for this one!

It's strange that George R R Martin doesn't feel panicked that they are going to finish the series and run out of material before he finishes the next book.