Amazon has made the surprise announcement that it is developing a TV series based on Robert E. Howard's Conan the Barbarian short stories. 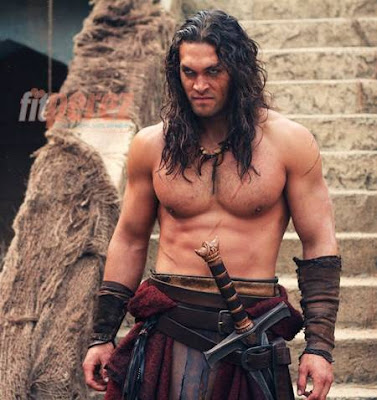 The project appears to be in an advanced stage of planning: Ryan Condal (Colony) is writing and producing, whilst Miguel Sapochnik (Game of Thrones, Altered Carbon) will direct the first episode. He will also act as executive producer and may return to direct more episodes later on. Warren Littlefield (The Handmaid's Tale, Fargo) will act as executive producer and the main organisational force on the series.

Condal and Sapochnik are long-term Conan fans and have expressed an interest in returning the character to his literary roots, hewing closer to Robert E. Howard's books than the existing movies.

There are three films based on the books already: Arnold Schwarzenegger starred in Conan the Barbarian (1982) and Conan the Destroyer (1984), the first of which was well-received but criticised by Conan fans for inventing a needlessly tragic backstory and not engaging much with the source material. Conan the Barbarian (2011), starring Jason Momoa, was praised for having a better and more faithful lead actor, but the movie was otherwise unremarkable.

There was also a short-lived, terrible 1990s action series, Conan the Adventurer, which history has mercifully mostly forgotten. Schwarzenegger has recently been saying that he may return for a new Conan movie set in the latter period of Conan's life as charted by Howard, when he rules the Kingdom of Aquilonia. What impact the Amazon TV deal has on that is unknown.

There has been renewed interest in the character recently, mainly down to the success of the Age of Conan MMORPG and a series of successful board games and comic books. Marvel recently reacquired the comic book rights, hoping to recapture the success of their 1970s and 1980s run when Conan was a surprisingly big success for them.

Amazon are also developing a Lord of the Rings prequel TV series. Acquiring Conan as well is a sign that they have a lot of faith in the fantasy market and that it may be able to sustain multiple fantasy properties from one studio (which begs the question if they would also considered triple-dipping with Wheel of Time or not).
Posted by Adam Whitehead at 19:35

Conan the adventurer - as in the cartoon series? I loved that as a kid. That was one of my gateways into fantasy in general. I even tracked down the dvd set for my children, and they loved it as well. It may not follow any canon, but it does a good job of introducing the character and basic character traits to children in a family friendly manner.