Update on the WITCHER TV series

Lauren S. Hissrich, the producer-showrunner-writer of Netflix's The Witcher project, has been providing detailed tweets over the last few months of her work on the show. Considering the series is in its earliest days - the script for the first episode has only just been completed - and we likely won't see it on air until late 2019, this is quite impressive. 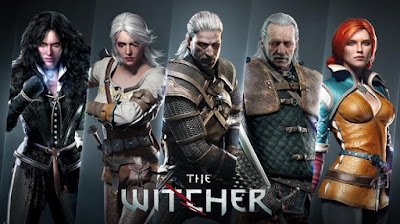 Based on what we know so far, the Witcher TV series will draw primarily on Andrzej Sapkowski's novels and story collections. Those hoping to see an adaptation of the Witcher video games will likely be disappointed (amongst other things, although some people who worked on the video games are also working on the TV show, CD Projekt Red itself is not involved and their video games have not been optioned, meaning the game stories and characters can't be used yet). Based on the characters that Hissrich has been discussing, it also sounds possible that the TV series may not be starting with an adaptation of the two short story collections (The Last Wish and Sword of Destiny) but will instead either be jumping straight into the five-volume novel series starting with Blood of Elves, or potentially a new version of the story altogether.

Jumping into the novels makes sense on several levels: the short story collections do a better job of setting up the world, but they also lead to the expectation that Geralt is the star of the story. In the novels Geralt is one of several protagonists, with characters like Ciri and Yennefer given as much (if not arguably more) prominence. Sapkowski himself has even indicated that he considers Ciri to be the main character of the saga, not Geralt. However, the TV show is also being made in the reality of the knowledge that the Witcher video games have massively outsold the books (on a ratio of about six-to-one), and adapting the novels will introduce game fans to characters they've met in the games already, like Yennefer, Ciri, Regis and so on, much more quickly. 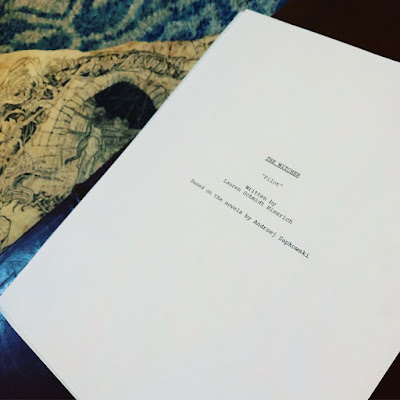 Hissrich has also confirmed that she is mostly interested in following the book characterisations and details, so no gender-swapping of characters and Geralt won't suddenly be cracking one-liners and becoming a brainless action hero.

Characters mentioned so far on Hissrich's Twitter feed include: Geralt (natch), Ciri, Yennefer, Triss Merigold, Jaskier (Dandelion), Regis, Roach, Emperor Emhyr, Cahir, Viglefortz, Milva, Leo Bonhart, Angouleme, Borch Three Jackdaws and Essi Daven. However, she also notes that her discussion of these characters does not mean that they will appear in the TV show at the start or at all.

It's worth following Lauren Hissrich's Twitter feed to see what other information is provided over the coming months. It's unusual - even unprecedented - for her to be so open about the adaptation process this early on. The last time showrunners were talking about a project in this detail this early, it was about a little show called Game of Thrones. Netflix will no doubt be hoping that The Witcher ultimately proves as successful.
Posted by Adam Whitehead at 20:59