Polygon has broken a story that Microsoft is planning a shock acquisition of a major gaming company in an attempt to revive its flagging fortunes. 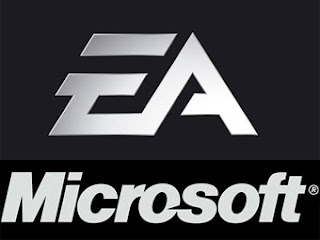 As of the end of 2017, Sony had shipped 76 million PlayStation 4 consoles, comfortably outstripping Microsoft's X-Box One. Although Microsoft have refused to publish sales figures, industry estimates have put the number of X-Box Ones sold at around 30 million, considerably less than half of the PS4 figures. Microsoft is also facing challenges in the business space - open-source alternatives are making its expensive Office suite of software look unappealing - and in its bread-and-butter desktop business, especially with many casual users preferring to use smartphones and Apple and Android tablets rather than traditional, Windows-powered PCs.

Microsoft certainly aren't hurting too badly - their global operating revenue in 2017 was $89 billion compared to Sony's $69 billion - but clearly they have decided that drastic action is required to stop the rot and regain the initiative in the gaming space. The primary reason for X-Box One's poorer showing, despite (on paper) superior hardware, has been pinned on the format's lack of compelling format-exclusive titles compared to the PS4.

According to reports, Microsoft are eyeing two possible plans. The more aggressive and larger-scaled would be buying Electronic Arts, the world's second-largest video game publisher. EA was the largest for many years, but has recently fallen behind Activision-Blizzard. A purchase of EA, along with its Origin game-delivery service and myriad franchises (ranging from the Mass Effect and Dragon Age series to Titanfall, Battlefield, The Sims and Star Wars titles), would signal a major return by Microsoft to the publishing field. It would give them control over a swathe of major games, respected studios (such as BioWare and DICE) and, in Origin, a content-delivery system far superior to Microsoft's poor Windows 10 Store. It would also mean that all EA titles going forward would be X-Box One exclusive on console (although most titles would likely continue to be released on PC). This would be a particularly powerful move given the popularity of EA Sports, particularly the world-conquering FIFA football franchise of games.

Although EA is a behemoth in game publishing, it's less than half the size of Microsoft with a combined value of around $35 billion, making an acquisition possible, if not without challenges.

The second, if more remote, possibility is that Microsoft could purchase Valve, the owners of the incredibly popular Steam game delivery system on PC. Valve also have fingers in the VR space through the HTC Vive headset, home-streaming through Steamlink and indie gaming developing via Steam Early Access. Valve also own a number of high-profile (but all now long-dormant) video game franchises including Portal, Left 4 Dead, Counter-Strike, Team Fortress and, of course, Half-Life. Valve are worth about half of EA, but a purchase is much more difficult as Valve are a fully privately-owned company, meaning Microsoft can't buy out the company publicly as they could with EA. They would have to try to convince Valve's owner, Gabe Newell, to sell the company, which given Newell's history (he once worked for Microsoft and quit in the early 1990s to found Valve) may be unlikely.

Both plans are bold. Buying EA would position Microsoft much more powerfully in the console gaming space, although it may also backfire: a franchise like FIFA going X-Box exclusive might just drive sales of the rival Pro Evolution Soccer series on PS4 instead, and of EA's other game franchises only arguably the Star Wars titles will really drive sales. Given that Disney and EA's Star Wars deal expires in a few years and Disney will likely want their games released on as many formats as possible, it might that this move would simply lose them this licence in the long term.

Buying Valve would not mean much for the console field, but it would give Microsoft near-total control of the PC gaming market in one fell swoop, with a foothold in VR development as well. This approach may be more appealing to those in Microsoft who want to double down on the areas where Microsoft is strong - the home PC market - rather than trying to play catch-up on Sony's now-insurmountable lead.

It'll be interesting to see if either of these rumours is true, and if so how it will affect video games going forwards.
Posted by Adam Whitehead at 22:04

Anyway, felt I should point out that you're comparing apples and oranges in terms of corporate size, which gives a misleading sense of the difficulty of such a purchase: "value" isn't the same as "revenue". When people say "value", they usually mean the market capitalization: how much money the company is currently worth on the open market, as shown by share prices. "Revenue" is instead a better indicator of "size": how much stuff the company is actually doing. Why are these different? Because share prices take into account how profitable that 'stuff' is for shareholders, and how much growth is expected in future. So, Walmart are the "biggest" company in the world measured by revenue - they have as much revenue as Apple, Amazon and General Electric all combined. But Apple have much greater profit than Walmart, because their margins are much wider, and they also have more growth potential, so they're an order of magnitude "more valuable" than Walmart (which annoying can also loosely be reported as "bigger").

ANYWAY. I think you're comparing EA's value (market cap) with Microsoft's size (revenue), which is VERY misleading. Because:

EA may be giants in computer gaming, but they're still minnows compared to the real behemoths like Microsoft!

(Microsoft aren't doing badly, btw. They've grown from a value of $160bn in 2009 to $730bn at the beginning of 2018, and they've gone from languishing near the bottom of the top ten back up to being the third most valuable private company in the world, only slightly behind Alphabet.)

It's probably worth noting the follow ups tory which says that EA is vanishingly unlikely: https://www.polygon.com/2018/1/30/16932860/xbox-microsoft-exclusive-games-acquisitions-ea-valve-pubg

Rather than making FIFA Xbox exclusive, MS would likely still publish it multi-format but shove it in their game pass subscription service, along with all the EA purchases which would probably drive console sales through the roof.

MS have been shifting to a subscription model more and more recently, so games as a service is their next big thing.

No company has been more hostile to PC gaming than Microsoft, only Activision, which is literally run by the devil AKA Bobby Kotick, comes close.

Thankfully this is so unlikely to happen.