Cover art for the third BOOK OF BABEL released

Orbit Books have released the cover art for the third and penultimate novel in The Books of Babel, Josiah Bancroft's fantasy series which has taken the genre by storm. 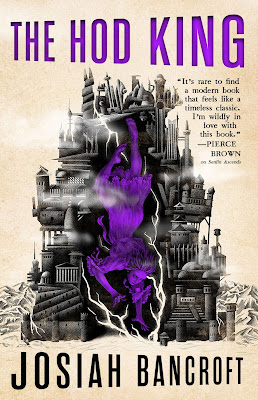 The first two books in the series, Senlin Ascends and Arm of the Sphinx, had previously been self-published by Bancroft and Orbit have used slight alterations of the original artwork for their editions. The Hod King is the first book in the series which will be released exclusively by Orbit, with publication currently slated for December 2018.
Posted by Adam Whitehead at 20:39