Lucasfilm has confirmed that John Favreau will co-write and produce the first live-action Star Wars TV series. The new series is being prepped to help launch Disney's adult-oriented streaming service in late 2019. 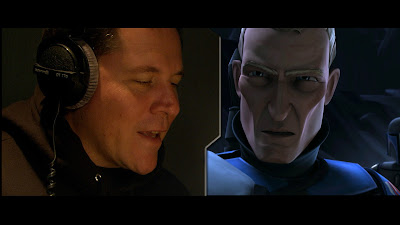 Favreau is a noted film-maker in his own right, working in Hollywood as a producer, writer, director and actor. He launched the Marvel Cinematic Universe in 2008 when he directed Iron Man, and returned to direct Iron Man 2 in 2010. He also plays Happy Hogan in the franchise, appearing in all three Iron Man movies and Spider-Man: Homecoming, as well as the upcoming fourth Avengers movie. Favreau also directed the highly successful live-action/CGI version of The Jungle Book, and is repeating that feat with his next film, a remake of The Lion King.

The new Star Wars TV show is apparently the first of several live-action Star Wars projects that Disney is contemplating developing alongside the movie series. Nothing has been revealed about the show's title, setting, characters or time period, although if they're serious about getting it ready for a late 2019 launch, they'll likely need to get serious work underway shortly.

This isn't Favreau's first rodeo in the Star Wars universe; he voiced the character of Pre Viszla in six episodes of Star Wars: The Clone Wars and is playing an alien in Solo: A Star Wars Story, due out this May.

Although this will be the first live-action Star Wars show, it won't be the first TV series overall. In the 1980s Lucasfilm produced both Droids and Ewoks, animated shows based on the franchise, whilst more recently it developed two versions of The Clone Wars and the successful spin-off show Star Wars: Rebels, which recently concluded a critically-acclaimed four-year run. In 2005 George Lucas began developing a live-action series called Star Wars: Underworld, set in the criminal underworld of Coruscant, with allegedly 50 scripts written to completion (allegedly including scripts by Ronald D. Moore and Simon Pegg) but the series never got off the ground due to costs.

Disney are also developing a fresh, live-action Marvel series to help launch the platform, which will make full use of Disney's formidable back catalogue of films and TV shows. Even more enticing is that, if approved, Disney's takeover of 20th Century Fox will give it the rights to stream tens of thousands of hours of films and TV series stretching back a century. That would make the new platform a formidable opponent to the likes of Amazon and Netflix. Some analysts have also suggested that Disney may fold the already-existing (and popular) Hulu platform into their new service, since the Fox deal gives them a controlling interest in Hulu.

Whatever the case, it looks like in about eighteen months we will get the first-ever Star Wars live-action TV show, a day that many doubted would ever come.
Posted by Adam Whitehead at 21:56