The BBC adaptation of His Dark Materials has added two high-profile actors and announced the director for the first season. 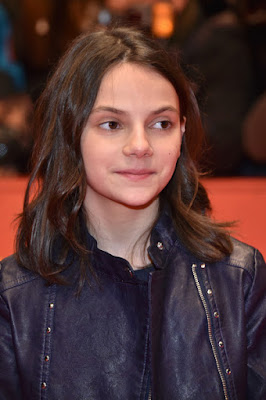 Playing the lead and central role of Lyra Belacqua is 12-year-old Dafne Keen, riding high after her starring role in last year's hit X-Men movie Logan. The role of Lyra was previously played by Dakota Blue Richards in the 2007 movie misfire The Golden Compass. Keen was critically acclaimed for her role in Logan and has been tipped as a star of the future.

Playing the role of balloonist and adventurer Lee Scoresby is Lin-Manuel Miranda. Miranda is also riding high after creating, co-writing and co-scoring the hit musical Hamilton. Miranda is also producing, scoring and working in other roles on both the Kingkiller Chronicle movie adaptation trilogy and its TV spin-off for Showtime. Sam Elliott played the role in the 2007 movie version.

Tom Hooper, the director of The King's Speech, Les Miserables and Elizabeth I, will adapt the first season, which is expected to cover the bulk of the first novel in the series.

His Dark Materials, based on Philip Pullman's trilogy of the same name, will adapt all three books - Northern Lights, The Subtle Knife and The Amber Spyglass - over five seasons (and not one, as some alarmist reports have said). Jack Thorne (Harry Potter and the Cursed Child, The Fades, Skins) is writing the scripts for the series.

The BBC is producing alongside Bad Wolf Productions and New Line Cinema (under the Warner Brothers aegis) and are looking for an American distribution and production partner, with Netflix expressing strong interest in the project.
Posted by Adam Whitehead at 18:40