Jan Kantůrek, a Czech translator of science fiction, fantasy and other genre novels and comics, has passed away at the age of 69. 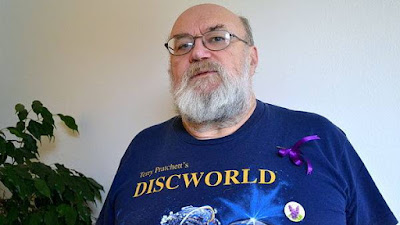 Kantůrek began his publishing career in 1975, working for Artia Publishing in Prague, in what was then Czechoslovakia. In 1990 he switched to working for Aventinum Publishing's marketing department, which involved him using his English language skills. In 1992 he became a full-time translator. He gained early acclaim for his work on the Conan the Barbarian books by Robert E. Howard (and other authors, such as L. Sprague de Camp).

However, Kantůrek gained his largest success in adapting Terry Pratchett's Discworld novels into Czech. Pratchett's novels, which feature puns, wordplay and historical references which may be obscure outside the UK and US, are notoriously had to translate and early on Pratchett saw his translators as collaborators, seeking out the best-recommended in each language who could not only literally translate the books, but also find alternative references and historical nods that would make sense to those audiences. This required an extraordinary level of trust by the author. Kantůrek gained Pratchett's approval early on, and was allowed to supplant Pratchett's footnotes with his own commenting on the action from a Czech perspective.

The following lines are very painful, but they must be heard. Jan Kantůrek, one of the best domestic translators he gave in Czech life Terry Pratchett's Discworld, and the second chairman of Jules Verne Club, died yesterday. My condolences to the family and all his loved ones. Thank you so much for the amazing work, Master, and we still believe that one day turtles will learn to fly 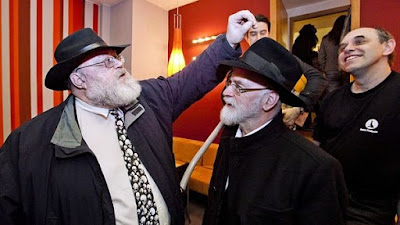 Condolences to Mr. Kantůrek's family and friends. The work of translating SFF is an oft-overlooked but essential part of the process, bringing authors' work to a much larger audience across the world. But all accounts, Jan Kantůrek was one of the best.
Posted by Adam Whitehead at 19:41