Actress Naomi Watts (Mulholland Drive, King Kong, The Ring) has been cast as the lead in the pilot to the Game of Thrones prequel series, provisionally entitled The Long Night. 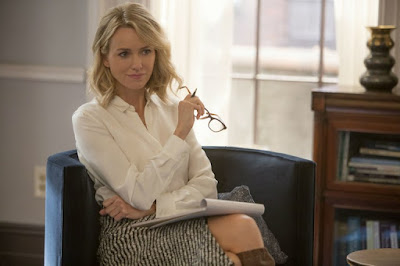 Watts will be playing "a charismatic socialite hiding a dark secret". The Long Night takes place approximately 8,000 years before the events of Game of Thrones itself and charts the collapse of the Age of Heroes, a golden age of human kingdoms living in alliance with the Children of the Forest. A terrible winter descends upon the world, bringing with it the first threat of the mysterious White Walkers.

No Game of Thrones characters - apart potentially from the Night King - will appear in the new series, but the ancestors of families such as the Starks are expected to be major characters. In the books the Long Night takes place during the Bronze Age of Westeros, with far more primitive weapons, castles, armour and cities appearing. The "socialite" tag sounds a bit odd in this context, but may be referring to Watts' character playing a noblewoman who becomes aware of the growing threat in some manner.

Watts' casting is high-profile, although that doesn't mean much for the longevity of her character as Sean Bean fans can attest. Watts will probably be hoping this show goes better than her last one, Netflix's Gypsy, which attracted poor ratings and reviews and was cancelled after one season. She also recently appeared in David Lynch's Twin Peaks: The Return.

The pilot to The Long Night - if that is its final title - will start shooting in the New Year. If HBO decide to proceed to series, it will air in early 2020.
Posted by Adam Whitehead at 20:47

"A charismatic socialite"...living 8000 years before the High Medieval-esque Game of Thrones time period.

No, that doesn't sound stupid as fuck, why do you ask?

Bronze Age socialite?! Strangest juxtaposition ever. Hope the person writing the press release is not one of the writers.