Gamespot are reporting that Season 3 of The Expanse will be available to stream on Amazon Video for all Amazon Prime subscribers on 15 November. 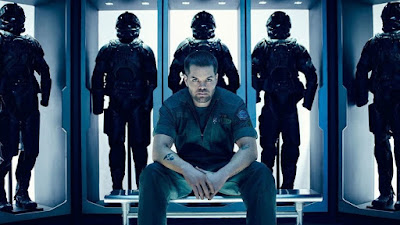 The first two seasons of The Expanse exited Netflix in the rest of the world a few weeks back, after Amazon stepped into rescue the show following its cancellation by SyFy. It was expected that Season 3 would debut on Amazon but the date was a bit up in the air. Assuming Gamespot's information is accurate, fans will be able to enjoy the third season in the USA (and presumably worldwide) in under a month. Interestingly, it doesn't mention if Seasons 1 and 2 will be available at the same time.

Season 4 of The Expanse started shooting a few week ago and is expected to debut on Amazon Video in summer 2019.
Posted by Adam Whitehead at 16:04

Is there any information about international distribution?

We only watch the first episode on season 2 before it got pulled from Netflix, and we would like to watch more. We're in Norway.