Polish fantasy author Andrzej Sapkowski has issued a legal demand for a further payment of $16 million from CD Projekt Red, the company which has made multiple, highly-successful video games based on his Witcher novels. 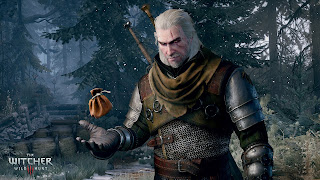 Sapkowski sold the video game rights to CD Project Red in the mid-2000s for a modest lump sum rather than a percentage of profits, since he had every expectation that the game would bomb. Instead, the original game sold very well on its release in 2007 and resulted in two even more successful sequels: The Witcher II: Assassin of Kings (2011) and The Witcher III: Wild Hunt (2015), along with additional expansions. Combined sales of the Witcher video game series are now approaching 30 million, or almost six times the combined worldwide sales of the novels. CDPR have also released a video card game based on the books, Gwent, and a story-based spin-off, Thronebreaker: The Witcher Tales, is due for release this month.

Although Sapkowski has not been paid a percentage on the profits of the games, he has benefited in other ways. Sales of the books have almost doubled since the video games started coming out (recently crossing 5 million) – mainly as a result of the books being translated into English, which was inspired by the first game – and Netflix have paid a substantial sum to him to option the novels for a TV series, starring Henry Cavill as the titular character. The TV series starts shooting later this month in Budapest and will debut in late 2019, when it will likely drive further sales of the books.

Sapkowski’s argument to CDPR is rooted in that the original agreement only covered sales and profits related from the first game in the series, not sequels. In addition, the Act on Copyright and Related Rights is a Polish law designed to protect authors when spin-off works based on their novels make significantly more money than expected and could apply here.

CDPR have confirmed that they are happy to discuss further remuneration of the author but also note that they expect the original 2007 agreement to be honoured and they consider the amount requested to be excessive.
Posted by Adam Whitehead at 12:05