Following yesterday's news that Naomi Watts would be starring in the Game of Thrones prequel spin-off show (provisionally entitled The Long Night), it's now been confirmed that the show has found another leading actor. 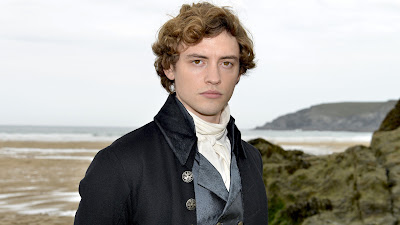 Josh Whitehouse (Poldark, The Happy Worker, Valley Girl) has been cast in a key leading role, although, oddly, HBO have not provided any kind of character description. Whitehouse has been seen as a strong up-and-comer, reminiscent of the profile Richard Madden had when he was cast as Robb Stark for the pilot of Game of Thrones itself, nine years ago.

The Long Night will shoot its pilot episode just after Christmas. If it impresses HBO, production of Season 1 proper will take place later in the year for the show to debut on HBO in 2020.
Posted by Adam Whitehead at 21:18

what about the other prequels?

On hold, for now.

The Game of Thrones pilot was nine years ago? That makes it older than the original iPad!*