Scottish-Canadian fantasy author Dave Duncan has passed away at the age of 85. 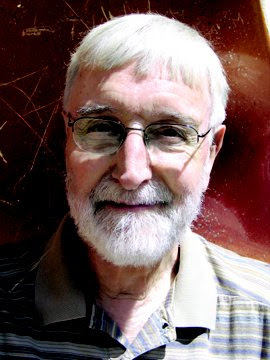 Born in Fife, Scotland in 1933, Duncan studied geology at the University of St. Andrews. He moved to Canada in 1955 (becoming a citizen in 1960) and worked in the petroleum industry for thirty years before deciding to quit after a slump in the industry. He started writing and published his first novel, A Rose-Red City, in 1987 at the age of 54.

A prolific writer, he published over fifty books and was still going strong, publishing the standalone Portal of a Thousand Years last year and the Enchanter-General Trilogy this year (the final volume is scheduled for release in 2019). His best-known works include the Seventh Sword and King's Blades series and the Great Game trilogy in the mid-1990s.

A fast and reliable author of cracking tales, Duncan will be missed.
Posted by Adam Whitehead at 22:11

Had someone slapped me, it wouldn't have had a stronger impact that seeing the headline "RIP Dave Duncan".
I know that 85 is not exactly a tender age but I've been visiting Duncan's website regularly and seemed to be fine and have still a lot of story ideas he planned to put on paper. I can't believe he's gone.

For all of you who've never read any of Duncan's novels, please do yourselves a favor and change that!

I LOVE dave duncan. He will be dearly missed. The seventh sword series is great fun and I like the aesthetic of the Great Game trilogy. It has a really unique play on colonialism in fantasy. Anyway, echoing the others here-- definitely recommend checking out his books if you haven't!

Love this guy. Will miss him dearly...

That is sad news indeed. I still have his Man of his Word series sitting on my shelf from way back. And I've never read it... One of my favorites is The Cursed. Such a fine author.

Loved the King's Blades books, especially the first few. He was a good writer of heroic fantasy.