Showrunner Jon Favreau has confirmed that the first-ever live-action Star Wars television series will be called The Mandalorian. 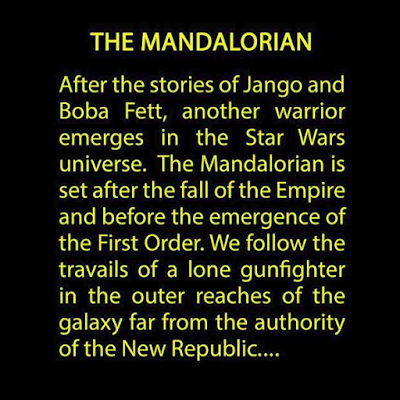 Set seven years after the events of Return of the Jedi, The Mandalorian follows the adventures of a "lone gunfighter" who is following in the footsteps of Jango and Boba Fett, who wore iconic Mandalorian battle armour in the movies. The Mandalorians were also a key part of both the Clone Wars and Rebels animated series.

Shooting on The Mandalorian begins in the next few weeks, with sets being erected that look suspiciously Tatooine-like. The show is expected to launch in late 2019 or early 2020 on Disney's new streaming service, which they hope will go head-to-head with Netflix and Amazon Video.
Posted by Adam Whitehead at 23:17