Netflix have confirmed that they have renewed animated fantasy series The Dragon Prince for a second season. 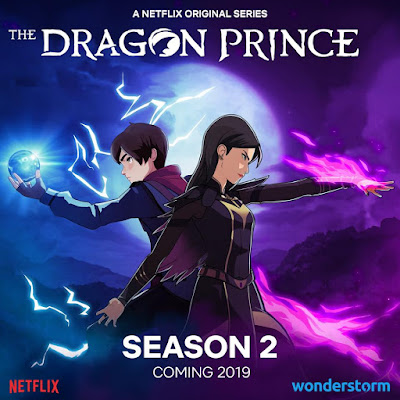 The first season aired to some acclaim a few weeks ago, apart from the criticism that the season (at 9 25-minute episodes) was too short. The second season will arrive in 2019, but Netflix have not confirmed for how many episodes.

The Dragon Prince is part of a marked shift by Netflix into the epic fantasy genre. Their live-action version of The Witcher books starts shooting this month, whilst they have also greenlit a live-action remake of Avatar: The Last Airbender with the original showrunners in charge. They have also optioned The Chronicles of Narnia for a series of films and TV mini-series.
Posted by Adam Whitehead at 14:11