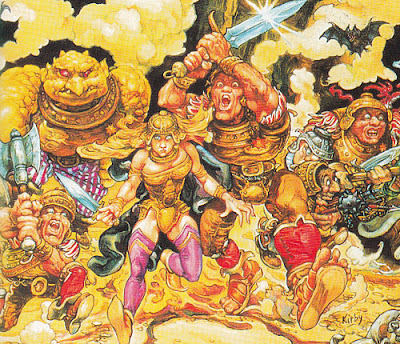 The TV show will focus on the Ankh-Morpork City Watch, an initially downtrodden and ineffectual police force which, over the course of many books, becomes an effective force for law and order on the streets of the city. The TV series will include characters such as Samuel Vimes, Carrot, Nobby, Angua, Cheery and Sybil Rankin, alongside appearances by Death himself.

It is believed that the series will mix in new and original stories with adaptations of the City Watch novels (starting with Guards! Guards!), although the precise format has yet to be revealed.

BBC America is pairing with Pratchett's own production company Narrativia to make the series, with Simon Allen (The Musketeers) on board as head writer. The first season will consist of eight episodes, expected to debut in late 2019 or early 2020.
Posted by Adam Whitehead at 20:41