Disney and Marvel announce a slew of new projects

Disney has announced a large number of new projects set in the Marvel Cinematic Universe, as well as unveiling trailers for projects that have wrapped filming. Unusually, most of the focus this time is on television rather than film. 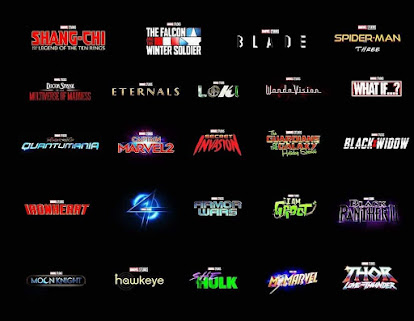 In fact, the MCU movie division merely re-confirmed a project that had already long been known to be in development: Fantastic Four is now officially in the works with Spider-Man director Jon Watts attached to direct, and will move onto that project after wrapping the multiverse-spanning Spider-Man 3, which is due to hit cinemas in December 2021. That puts Fantastic Four (or Fantastic 4 if we can believe the logo) off to 2023 or 2024. They also confirmed the full title for Ant-Man 3, which is now Ant-Man and the Wasp: Quantumania, and reiterated that Chadwick Boseman will not be replaced as T'Challa for Black Panther II, which is now expected to focus on other characters in Wakanda.

For television, they confirmed release dates for The Falcon and the Winter Soldier and Loki, as well as confirming Orphan Black's Tatiana Maslany in the title-role for She-Hulk (and the return of Tim Roth as Abomination from The Incredible Hulk), and formally confirmed Moon Knight's existence (although not Oscar Isaac's participation, as negotiations are reportedly still ongoing). They did confirm a number of new shows, however.

Ironheart will follow the adventures of a young inventor, Riri Williams (Dominique Thorne), who creates an advanced suit of armour and inadvertently finds herself acclaimed the successor to Iron Man, and the mixed feelings that result from that pressure.

Armor Wars will possibly develop story threads from Ironheart, with some similar tech falling into the wrong hands and James "War Machine" Rhodes (Don Cheadle) stepping up to help save the day.

The current Marvel release slate for both cinema and Disney+ is as follows: