Oscar Isaac is set to star as Solid Snake in a live-action film based on the Metal Gear Solid video game series. 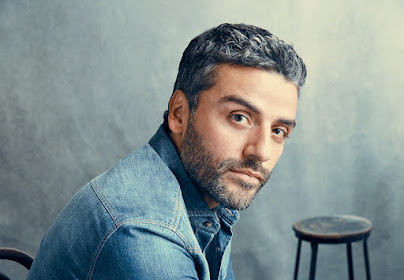 The Metal Gear series is one of the longest-running and most popular action game franchises in the world. It began in 1987 with the release of Metal Gear, but hit its most popular incarnation with the 1998 stealth game Metal Gear Solid on the original PlayStation. The most recent core game in the series, Metal Gear Solid V: The Phantom Pain, was released in 2015. The series was created by the idiosyncratic Japanese designer Hideo Kojima for Konami; Kojima's departure from Konami after Metal Gear Solid V has put the future of the franchise in some doubt, especially after the critical drubbing given to spin-off game Metal Gear Survive (2018). Almost 60 million games in the series have been sold to date.

The games are noted for an incredibly convoluted, complex storyline, set in a parallel universe where history diverged from our own during World War II. The games originally focused on special forces operatives working for different agencies (some real, like the CIA, but mostly fictional) being deployed against various villains. The games incorporating cloning, genetic engineering, AI and advanced robotics, and span a huge amount of time, from after the Second World War to some time in the mid-21st Century. The games feature a very large cast of characters, many of whom operate under multiple names, titles and aliases (including Solid Snake, Liquid Snake, Big Boss, Raiden, and the frankly magnificent Revolve Ocelot).

Jordan Vogt-Roberts (The Kings of Summer, Kong: Skull Island) is directing from a script by Derek Connolly. Hideo Kojima was consulted earlier during the writing process but it's unclear how involved he will be in the film's production, given his commitments to a new video game and his coolness with Konami.

Oscar Isaac, who's expressed interest in the role for years, is very much the Man of the Moment, having recently starred in Annihilation, Ex Machina, A Most Violent Year, Show Me a Hero, Suburbicon and Triple Frontier. His role as Poe Dameron in the Star Wars sequel trilogy was one of the most postively-received things about those movies. He is due to appear as Duke Leto Atreides in the much-delayed Dune film when it airs in October 2021.