STAR TREK: LOWER DECKS to arrive in the UK on 22 January

Animated series Star Trek: Lower Decks will arrive in the UK on Amazon Prime on 22 January. 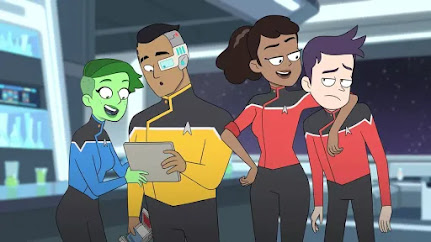 The animated show launched in the USA in August, but its release was brought forwards due to scheduling issues with the COVID-19 pandemic and the decision to delay the third season of sister show Star Trek: Discovery. As a result, negotiations for the show's overseas sales had not been undertaken.

After negotiations and discussions with several partners following the show's highly positive reception, Amazon Prime agreed to pick up the show as a companion piece to Star Trek: Picard. The classic Star Trek shows and Discovery all air on Netflix in the UK and most other overseas territories.

In addition to the UK, Amazon Prime have picked up the rights for Europe, Australia, New Zealand, Japan and India.

Season 2 of Lower Decks is due to air in the US, and now presumably overseas via Amazon Prime, in 2021.