News has sadly broken that science fiction author Ben Bova has died at the age of 88 from complications related to COVID-19. 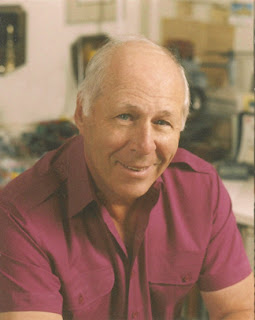 Born in Philadelphia in 1932, Ben Bova was educated at Temple University and, later in life, State University New York, in Albany and California Coast University. In the 1950s he worked as a technical writer for Project Vanguard, the US effort to launch an artificial satellite into Earth orbit.

He published his first novel, The Star Conquerors, in 1959. He worked with George Lucas on the novelisation of his first film, THX 1138, in 1971. A notable novel was The Starcrossed (1975), a fictionalised account of the apparently miserable time he had working on SF TV show The Starlost (1973-74); fellow writer and advisor on the project Harlan Ellison appears in fictionalised form in the book itself.

Bova became well-known in the SFF community in 1972 when he took over Analog Science Fiction & Fact from John W. Campbell, upon the latter's death. Bova controversially changed the nature of the magazine, allowing stories with more experimental and explicit content. Although not universally well-received, these changes are credited with helping maintain the magazine's relevance through the 1970s and the rise to prominence of the New Wave of the genre. During this time he shepherded the careers of authors such as Joe Haldeman (whose Forever War sequence began in the pages of Analog under Bova, having previously been rejected by Campbell). Bova won five Hugo Awards in a row (1973-77) for his stewardship of the magazine before he departed in 1978, and then won again in 1979 for his last year of work.

Bova took over the editing of new SF magazine Omni in early 1979 and published a number of significant stories, including "Sandkings" by George R.R. Martin (1979) (the only one of Martin's works to win both a Hugo and Nebula) and "Johnny Mnemonic" by William Gibson (1981), which was adapted to film in 1995. Bova departed in 1981 after a short but highly influential run.

Bova later served as President of the Science Fiction and Fantasy Writers of America (SFWA) from 1990 to 1992.

Bova published fiction over the course of 61 years, incorporating the Watchmen, Voyagers, Star Quest and Orion series, among many others, as well as numerous stand-alones. His most famous work is the Grand Tour series, which covers the colonisation of the Solar system in some detail. This series began in 1985 with Privateers (but really got going with one of his most popular novels, Mars (1992), part of a "Mars resurgence" in science fiction around the same time (along with Greg Bear's Moving Mars and Kim Stanley Robinson's Red Mars). A prolific author, he published more than 120 books in SF, some fantasy, alt-history and non-fiction. He also wrote extensively in the non-fiction space.

Bova was a writer with a somewhat optimistic view of the future of humanity, with a belief that well-meaning entrepreneurs will succeed where governments and super-corporations fail. As an editor his impact was sizeable, introducing many key new voices to the genre in the 1970s and 1980s (including Spider Robinson, L.E. Modesitt Jnr, Ellen Datlow and Joe Haldeman, some of whom pay their respects here).

He passed away on 28 November 2020 and for his sizeable body of work and his influence on the genre, he will be missed.

I really enjoyed what I read of his Grand Tour series. I should go back and finish it.

Hello Adam. Great info. Sad news. A small mistake at the end? "He will be missed", right?