R.F. Kuang's Poppy War series has been optioned for television by Starlight Media. 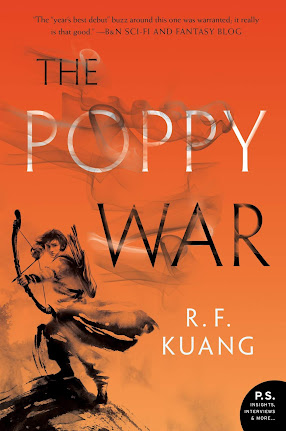 The Poppy War series consists of the novels The Poppy War (2018), The Dragon Republic (2019) and The Burning God (2020). It centres on Rin, a war orphan from the provinces of the vast Nikara Empire which is reeling from a war it managed to win, but only at ruinous cost. Rin takes up military service as a way of escaping an arranged marriage, buts finds her choice will take her into great danger against powerful and ancient forces. The trilogy is noted for its dark subversion of traditional fantasy tropes, its Asia-like setting and its morally ambiguous protagonist. The trilogy has won critical acclaim and has won the 2019 Compton Crook Award, the 2019 Crawford Award and the 2020 Astounding Award.

Starlight, which produced Crazy Rich Asians and Midway, has picked up the television rights to the entire trilogy and is developing the project with SA Inc. No broadcaster has yet been attached.