In a surprise move, the heads of the Mass Effect and Dragon Age franchises have quit BioWare and its parent company, Electronic Arts. 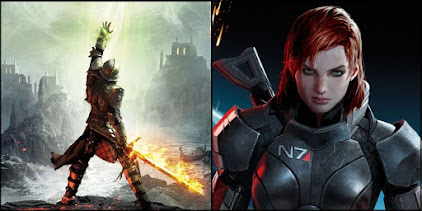 Casey Hudson, who is the BioWare General Manager and head of the Mass Effect IP, and Dragon Age executive producer Mark Darrah, are both departing the company ahead of their next releases.

Mass Effect Legendary Edition, a HD/4K remaster of the original Mass Effect trilogy, is currently scheduled for release in the first half of 2021, whilst Mass Effect 5 is in early pre-production. Dragon Age 4 is in development for a believed 2022 release.

EA and BioWare have confirmed that the franchises will continue under new management.

Darrah has worked with BioWare almost since its founding. He created the Infinity Engine's combat system for Baldur's Gate (1998), which subsequently was used in numerous other games (including Planescape: Torment and the Icewind Dale series, for Black Isle, as well as Baldur's Gate II). He also worked on Jade Empire (2005), Sonic Chronicles: The Dark Brotherhood (2008), Dragon Age: Origins (2009), Dragon Age II (2011), Dragon Age: Inquisition (2014), Mass Effect: Andromeda (2017) and Anthem (2019).

BioWare has been in difficulties recently, with both Mass Effect: Andromeda and Anthem under-performing in sales and critical acclaim compared to expectations, and the studio not delivering a bona fide hit game in six years. Their last few games have had exceptionally difficult development processes, and numerous reports about Dragon Age 4's torturous development process have surfaced.

BioWare and another formerly critically-lauded studio, Blizzard, have both been held up as examples of once-great companies that have withered and declined under corporate ownership, since the former's buy-out by Electronic Arts in 2007 and the latter's acquisition by Activision in 2008. Both studios have struggled to release games matching their pre-acquisition quality ever since, with widespread reports of corporate interference. Both companies have been hemorrhaging talent for years, with dozens of major Blizzard developers quitting the company in the last few months to found new studios.