HIS DARK MATERIALS renewed for a third and final season

The BBC and HBO have confirmed that His Dark Materials will be returning for a final season. 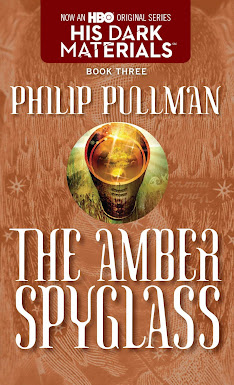 The news came after the finale for the second season aired, which engendered a largely positive critical reception but a more mutated commercial one. First-night viewing figures in the USA were half what they were for the first season, although UK figures broadly held firm. However, it appears that HBO regards a complete package as a more valuable and appealing property in the long run. Given the nature of the project as a co-production, and its relatively low budget compared to most HBO properties, the financial outlay was seen as worthwhile in return for a complete story.

The third season will adapt the third book in the trilogy, The Amber Spyglass, the longest and most ambitious of the novels, and sees Lord Asriel and his army of misfits and rebels mounting their offensive against the Authority and its servants, the Magisterium.

Early development work on a third season has been underway for months, with the plan being for the season to consist of eight episodes, six of which have already been fully written by Jack Thorne. An idea floated much earlier in development, of adapting the final novel across two seasons to help offset vfx costs, has apparently been abandoned.

Philip Pullman is currently writing the third and concluding novel in The Book of Dust, a sequel trilogy to His Dark Materials (following on from La Belle Sauvage and The Secret Commonwealth). Some elements from the sequel trilogy have been brought into the TV series, with the possibility of them being more formally adapted at a later date.