Legendary Entertainment considering legal action over move of DUNE and GODZILLA VS. KONG to HBO Max 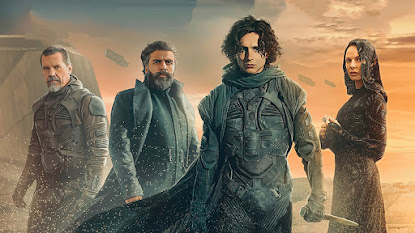 As related last week, Warner Brothers have decided to simultaneously release their entire 2021 slate of films on the streaming service, citing the difficulties in getting audiences back in theatres as the vaccination process rolls out for COVID-19. With the estimated time to vaccinate the entire population of the world extending well into 2022 (if not later) and vast numbers of people refusing to be vaccinated, Warner Brothers believe disruption to cinema releases will continue for the foreseeable future. Simultaneously releasing their slate of films on a home streaming service for a premium charge is seen as a way of overcoming the problem.

However, in the case of Dune and Godzilla vs. Kong, Warner Brothers are the distribution partners and have only part-financed the film, so only partly owe them. In the case of Godzilla vs. Kong, Legendary hold 75% of the rights and WB the other 25%, although this appears to include a distribution veto. Legendary was approached by Netflix several months ago and offered a $275 million distribution deal to debut the film on their service. Legendary were apparently keen, as it would recoup the $160 million production costs almost immediately. However, Warner Brothers refused to consider the move and vetoed it. Legendary asked for a counter-offer from WB to host the film on HBO Max, but WB refused to negotiate. Legendary were taken by surprise by last week's announcement, as apparently they do not believe that WB has the legal right to unilaterally put Dune and Godzilla vs. Kong on their streaming service without Legendary's permission and without offering restitution to Legendary and to the talent involved.

Director Denis Villeneuve is also apparently extremely disappointed with the movie of Dune to streaming, believing the film should be seen on the big screen first. There is also apparently some confusion amongst Warner Brothers partners, who believe that films releasing near the end of 2021 like Dune, when mass vaccination should be in full swing, are much less likely to suffer the impact of the COVID epidemic than films released in 2020 and early 2021.

It's likely that Legendary and Warners will come to an agreement, especially since other directors like Christopher Nolan have blasted the move, believing it will damage the cinema industry further.