In yet another casting announcement, George RR Martin has confirmed that veteran stage and screen actor Roy Dotrice has been cast as Grand Maester Pycelle in HBO's Game of Thrones adaptation. 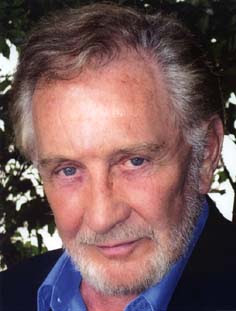 Roy Dotrice is a distinguished British actor with a long career. He served with the RAF during WWII and spent three years in a German POW camp before beginning an acting career after the war. In 1968 he broke the Guinness record for largest number of solo performances by a single actor, chalking up 1,782 performances of the play Brief Lives in the UK and USA. As well as an extensive theatrical career, he developed a career in TV and film. He appeared as Edward IV in The War of the Roses, a mini-series based on the dynastic English civil war which was one of the primary inspirations for A Song of Ice and Fire in the first place, in 1965. He has chalked up a number of appearances in genre television, including a brief but memorable guest turn as the Neville Chamberlain-inspired Frederick Lantz in the Babylon 5 episode The Fall of Night and playing the father of regular character Wesley Wyndam-Pryce on Angel. Dotrice's most recent notable genre role was as the Elf King Baelor in Hellboy II: The Golden Army.

Dotrice met George R.R. Martin whilst working on the television series Beauty and the Beast in the late 1980s. Martin worked on the show as scriptwriter and script editor, whilst Dotrice played the role of 'Father', the leader of the underground community which takes in Ron Perlman's character. When A Game of Thrones was made into an audio book a decade later, Dotrice agreed to act as the narrator of the book, a role he continued with A Clash of Kings and A Storm of Swords, though was unavailable to read A Feast for Crows due to work commitments. Ironically, depending on when it is finished, this means that Dotrice may also be unable to work on A Dance with Dragons because of his commitments to the TV show (although Martin reports that they hope very much he can still do it). 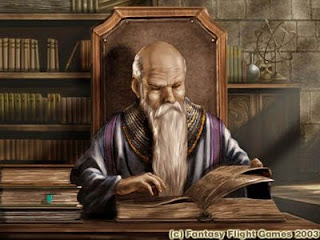 Dotrice is playing Grand Maester Pycelle, the 84-year-old representative of the Citadel to the Royal Court. The Grand Maester, although removed from the Citadel in Oldtown on the other side of the continent, exercises tremendous power and authority as a member of the small council and also as the King's closest advisor on scientific matters. Pycelle has a small role to play in the first book/season but will rise to greater prominence in the second.

Martin reports additional casting news is incoming, and hints that the pivotal character of Littlefinger may be one of the roles to be announced shortly.
Posted by Adam Whitehead at 22:51

That's great news - well deserved. I've listened to the audiobooks prob. 4 times all the way through -I listen to a LOT of audiobooks and can vouch that his reading was bloody good; a cast of hundreds came to life, and he was not afraid to change his voice as a character developed (Theon for instance). Good for GRRM for showing loyalty to his old mate.

Reading his blog, post, i get the feeling that GRRM might have exerted a bit of of that co-executive producer influence to get Dotrice involved in the show.

I think it's quite likely that GRRM used his influence to suggest Dotrice to the producers. However, Dotrice himself is a fine actor, and there's not many actors of the age required who are healthy enough to handle the rigours of filming (Christopher Lee being the only other one that immediately comes to mind), so I am not surprised that the producers agreed with this choice.