New director for THE HOBBIT?

The One Ring website is reporting that Neill Blomkamp has already been chosen to replace Guillermo Del Toro as the director of The Hobbit, but this news has not been officially confirmed by New Line or MGM yet. 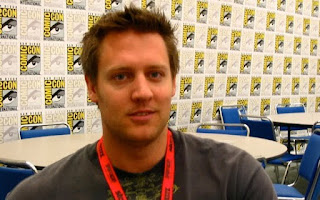 Blomkamp, the director of District 9, already has a strong relationship with Peter Jackson. They developed the Halo movie for several years before it was cancelled due to costs, and Jackson produced District 9. Blomkamp, who had previously also been linked with the new Dune movie project, was already one of the leading choices for the job, and fan response to this possibility appears to have been positive so far. However, as the One Ring says, this news is not 100% official or set in stone yet.

Update: Representatives of Blomkamp claim that he is not in the running to take over the project, and is working on a different script at the moment.
Posted by Adam Whitehead at 18:00

Great post, I like this post.
I 've added your blog to My Blog Roll at
http://auditions-auditions.blogspot.com
So would you put my blog too, on you...

you can get healthy traffic from us and our visitors can get relative and useful information form your site.

Hope you would add my blog.
Thanks a lot.Keep blogging....

According to NYMag, someone at Blomkamp's agency has confirmed that he won't be directing, and that no-one from MGM or Warner Bros has contacted him.

Cheers for that, updated :-)